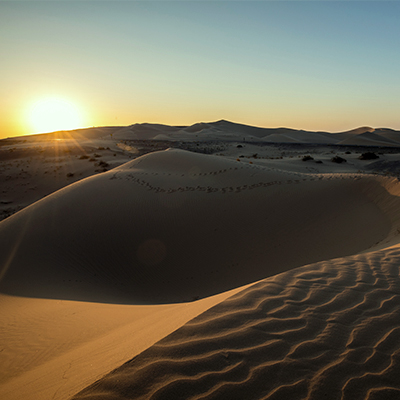 Located in the southwestern corner of Arizona, Yuma is a beautiful city whose population nearly doubles during the winter season. From outdoor adventure to Arizona history, the city of Yuma has something for every visitor. Sun, water, sand and pleasant weather make Yuma the perfect destination for the ones looking for outdoor fun. If you are the one who finds history in everything, then don’t worry the city has a museum to keep you busy. Book flights to Yuma to experience “America’s Nile”, the Colorado River.

The Yuma City was first formed as Colorado City in the year 1854 and was later renamed as Yuma in the year 1873. It is the largest city in Yuma County and is also the 11th largest city in the state. Every year during the months of January, February and March, the population of the city doubles as snowbirds migrate to the city in search of sun. The city is located near the California and Mexico borders.

If you love the sun, this is ‘THE’ destination for you as the city hold the Guinness World Record for the sunniest city on Earth. Apart from being the sunniest, the city also enjoys the tag of being the driest and least humid city in the United States. The sunshine should not get you worried as the city is not the hottest despite getting the maximum sunshine. It comes third on the list of hottest cities after Miami and Key West.

And if you thought of Arizona as only a big and dusty desert, then you will be surprised to learn that agriculture is the primary occupation of the residents of Yuma County. Interestingly, Yuma is also the winter vegetable capital of the world. Ample sunshine, rich soil and easy availability of irrigation water thanks to the Colorado River make sure that something is always growing in the fields.

A desert outside the city where sand dunes reach 300 feet, ghost mining towns, America’s own Nile River and the mighty Colorado River, the city of Yuma has a lot more on offer than you expect. Book cheap flights to Yuma to explore what the sunniest city on Earth has to offer.

Imperial Sand Dunes National Recreation Area – This sandy area is one of the most popular film locations for movies involving sandy locations such as “Star Wars” and “Scorpion King.” The dunes are a popular attraction with visitors to the city and welcome over one million visitors every year. The sand dunes can reach up to 300 feet height in the peak summer months.

Cocopah Museum – The Cocopah Museum was opened in the year 1996 to showcase the history and culture of Cocopah tribe. The museum has on display a number of historical tribal exhibits showcasing the Cocopah family structures and their way of life.

Gateway Park – The park is located on the banks of the Colorado River. The park houses a sandy river beach which is popular for building sand castles and swimming. The park also has a kids’ playground and thus this makes it a popular picnic spot.

The Camel Farm – The Saihati Camel Farm that is located on the outskirts of the Yuma City is a petting zoo. The farm is popular for breeding one-humped camels. The farm is also home to over 200 other exotic animals from 40 species. Make sure to visit the camel farm if you are planning to visit Yuma city with kids.

Visit Lookupfare to book cheap flights to Yuma to soak yourself in the blue skies and sun that shines 310 days a year. Enrich yourself with the rich culture of the Yuma city by booking last minute flights to Yuma.