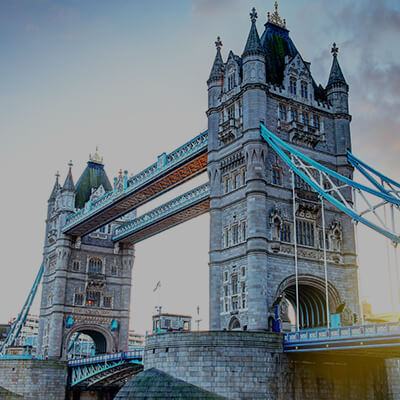 London, founded by the Romans, is the capital city of the United Kingdom. With more than 300 languages spoken in Greater London, it is the most populous city in the country. The bustling city with its numerous landmarks and the River Thames flowing gracefully makes it a favorite among travelers. Catch cheap flights to London and explore everything the city has to offer.

This historic city is world-renowned for its grand architecture. The walls of the structures whispering stories of yesteryear, its residents have embraced the new while celebrating its rich heritage. Along with its fashion and performing arts industry, London is known to have some of the best night-clubs in the world. Grab some cheap airline tickets to London and drop-in at Egg London, Heaven or Cargo to break a few moves at their dance floor.

London Eye- Located on the South Bank of River Thames, this giant Ferris wheel is a much celebrated landmark. With a height of 443 feet, it is Europe’s tallest Ferris wheel. Riders of its transparent capsules are greeted with stunning views of the marvelous city below.

Big Ben- The Great Bell of the clock at the Northern end of Palace of Westminster has been nicknamed Big Ben. A cultural icon, it has featured in many movies and is loved by locals and tourists alike.

Buckingham Palace- Located in the city of Westminster, it is the administrative headquarters and London residence of the reigning Monarch of the United Kingdom. Many of the original 19th century interior designs can still be seen in the palace.

Westminster Abbey- Situated in the city of Westminster, it is an abbey Church with exquisite gothic architecture. It holds the status of being one of the most holy sites in the country. Since 1100, around 16 royal weddings have been officiated in the Church.

Hyde Park- Originally created for hunting by King Henry VIII in 1536, it is now one of the largest parks in London. Along with sprawling gardens, fountains and gleaming water bodies, the park consists of many interesting sculptures. The park is also used as a venue for rock concerts and sport events. Acquire some cheap flights to London online and spend an afternoon in its lush greens having a lovely picnic with your family and friends.

Online travel portals are great for you to find low cost flights to London. Lookupfare understands that travel needs vary from person to person. Hence, our team has come up with custom-made travel packages which cater to the requirements of each of our clients. Browse our website and app for the most lucrative London flight deals. Whether you’re looking for cheap domestic flights or last minutes flight deals, Lookupfare makes sure that you find the best deals available.