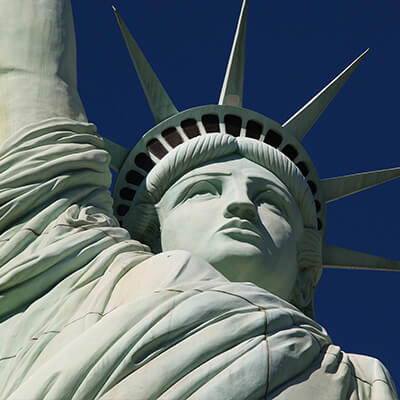 There’s not a lot that can be said that hasn’t already been said about New York City. Known to its inhabitants as the ‘Big Apple’ or simply as ‘The City’, New York’s famed boroughs and neighborhoods lend the city an inimitable multicultural charm and vivacity that give you several good reasons to get on the next cheap flights to New York City. As a prominent hub for international finance, politics, communications and film, New York City is widely considered to be one of the most influential cities in the world. Read on to discover some of the most compelling reasons why you need to take that next low-cost flights to New York City.

New York City’s multicultural influences can be traced to the immigrant local population that hails from over 180 countries. Today, the city is home to some of the world’s wealthiest celebrities, while travelers are drawn to the unique sights and experiences that can only be found in New York City. Each ethnic group that has called this city home over the years has brought with it its native culture and traditions, making New York one of the few cities in the world where you will find an authentic bagel, pizza and gyro with equal ease. This city is one of the few that is better experienced than described – all the more reason why you need to get on that last-minute flight to New York City.

Statue of Liberty – An unmistakable symbol of the nation, the State of Liberty is widely considered a representation of freedom and democracy, and has starred in several prominent Hollywood films, including The Planet of the Apes and The Day After Tomorrow. While here, climb up more than 390 stairs to reach the observation deck that offers you one of the best views of the Hudson. If physical exertion is not your style, you can also experience Lady Liberty through river or jet-ski cruises. Make sure to allot an entire day to this attraction, when reserving your cheap airline tickets to New York City.

Metropolitan Museum of Art – Also known as the Met, this is the largest and one of the most visited art museums in the world. With over two million works included in its private collections – which include early Egyptian works, sculptures and paintings by the European masters, and extensive holdings of African, Asian, Byzantine, Indian and Islamic art. In addition to art, the museum also houses antique weapons and armors from around the world and a wide range of musical instruments. A day at the museum is a great way to keep the children engaged, and is a must visit when you book your cheap flights to New York City.

American Museum of Natural History – A timeless favorite with children of all ages, this museum features breathtaking astronomy exhibits and animal dioramas. Children can also view a collection of rare and beautiful gems and ores, and learn all about dinosaurs through the museum’s collection of dinosaur skeletons. You can also choose to back this up with a visit to the New York Hall of Science, which features hands-on exhibits that children can use to satiate their spirit of scientific discovery.

Brooklyn Academy of Music and Carnegie Hall – Home to the globally-renowned Brooklyn Philharmonic, the Brooklyn Academy of Music is a great place to view a stunning music and dance performance. For art and music lovers, a visit to this venue is worth every penny they spend on their cheap domestic flight to New York City. Carnegie Hall is considered by many classical musicians to be the hallmark of excellence, and playing at this venue is an indicator of their success. While in New York, make sure to catch a spectacular performance or two at either of these venues.

It is often said that there is no place like New York, and a trip to the city – no matter how brief – will leave you hungry for more. For the very best New York City flight deals, make sure to check out Lookupfare’s website or app. With a host of last minute flight deals and cheap domestic flights, these will ensure that you easily find the best cheap domestic flights and last minute flights to New York City.