The BBQ Capital of the World 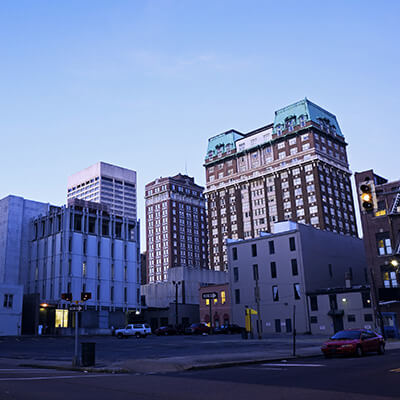 Located on the Southwestern edge of the state of Tennessee, Memphis, is a historic city founded in 1819. A city whose people love art and culture is the home-town of many celebrities including musicians and actors.

With a rich musical heritage, there are many great spots for you to enjoy some awesome live music while on your vacation. RockHouse Live, Minglewood Hall, B.B. King’s Blues Club and Onix are a few of the many places which promise you a good time. Grab some cheap airline tickets to Memphis and have-a-ball at one of its famous music festivals.

Graceland- The residence of music legend Elvis Presley, Graceland, has been given the prestigious status of a National Historic Landmark. It has now been turned into a biographical museum open for public visitations.

National Civil Rights Museum- A city that played a major role during the Civil Rights Movement, it now houses a museum dedicated towards telling tales of African American History. It is built around what used to be the Lorraine Hotel, the spot where the beloved Rev. Martin Luther King was assassinated.

Beale Street Historic District- Located at Downtown Memphis, this neighborhood is famous for its contribution in the history of blues music. Consisting of some of the best restaurants and blues clubs in the city, it is one of the favorite places for travelers to stroll around at. Score some cheap plane tickets to Memphis and catch one of their lively outdoor concerts.

Children's Museum of Memphis- Open seven days a week, it is a fun hands-on museum with around twenty interactive exhibits. Situated at Midtown Memphis, the learning opportunity provided by the museum is considered to be way more interesting and effective than the traditional ones. Hop-on a low cost flight to Memphis and visit this intriguing place for some quality family-time.

Orpheum Theatre- A gorgeous 19th century performing arts center, it has rightfully earned its place in the National Register of Historic Places. This grand hall with an old-world charm is equipped to seat 2308 spectators.