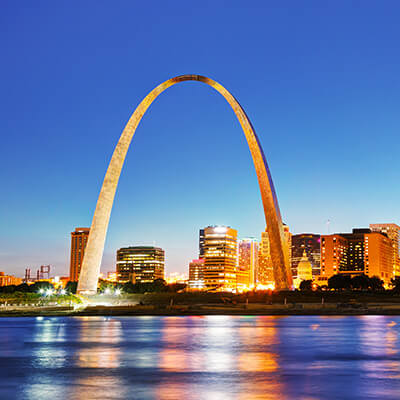 Designated as First-Class, Louisville is the largest city in the state of Kentucky and is situated on the Ohio River alongside Indiana Border.

Every year in May, Horse Racing fanatics head to Louisville for the legendary Kentucky Derby held at the Churchill Downs Race Course. One of the oldest cities in US, Louisville boasts of a variety of exciting attractions that the visitors can enjoy.

Kentucky Derby Museum – The museum consists of two floors showcasing the exhibits alongside a 360-degree theater that features the HD video “The Greatest Race”. Through the exhibits and film, the visitors can learn about the breeding and training of an amateur foal to its journey as a derby winner.

Churchill Downs – This is the place where the horse racing enthusiasts show up each year in May, to witness the legendary Kentucky Derby. The first derby was held in the year 1875 and since has been a major tourist attraction.

Conrad-Caldwell House Museum (Conrad's Castle) – Located on St. James Court in the heart of Old Louisville, this historic Victorian mansion is one of the best examples of Romanesque architecture and is a masterpiece of the famous local architect named Arthur Loomis of Clarke & Loomis.

Book your tickets with Lookupfare and grab the best low-cost flights to Louisville and make your trip to this historical city memorable. Surf our number of offers and find some of the best cheap plane tickets to Louisville alongside some tempting offers on online flight booking.