Last updated on Sunday 07/03/2022 at 05:00 AM, the fares mentioned below are for Round Trip flight tickets and inclusive of fuel surcharges, service fee and taxes. Based on historical data, these fares are subject to change without prior notice and cannot be guaranteed at the time of booking. Kindly go through our terms and conditions before booking.

The Theme Park Capital of the World 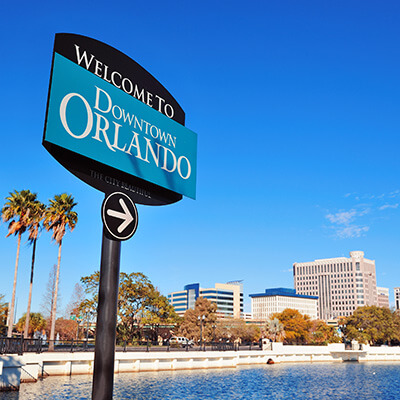 Glittering theme parks, scenic views and gorgeous architecture are some of the features of Orlando in the city of Florida.

With Lookupfare you can easily find cheap flights to Orlando. Just get an idea about the various flights deals to Orlando and see how we can help you grab the best deal in flights. Also find some amazing offers on last minute flights.

Nicknamed, "The Theme Park Capital of the World", Orlando is home to more than a dozen theme parks. It is amongst the busiest cities in the country for conventions and conferences. Orlando has been ranked as a "Gamma" level world-city by the World Cities Study Group's inventory.

Transparent itineraries without any hidden charges and processing fees. Find the best domestic airline tickets and low-cost flights to Orlando with Lookupfare and present yourself with some of the best eternal memories.