The Heart of Central Washington 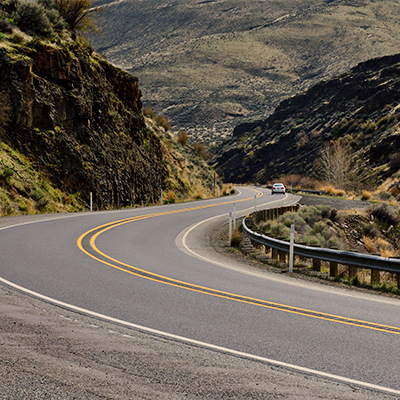 Nestled in the beautiful Yakima Valley of Washington-The city of Yakima is located in the heart of one of the most famous apple-growing regions in the world. The city is home to several vineyards, lakes and is embraced by two rivers. If you’re visiting the city with kids, then grab some cheap flights to Yakima, and explore the various kid and family-friendly attractions and events this lovely city has to offer.

With Lookupfare, you can find a variety of offers on last minute flights to Yakima. Our proficient team of travel analysts have formulated an extensive array of flight deals on online flight bookings to a wide range of domestic and international destinations. Whether you're looking for a round trip deal or a one-way travel deal, you will find the best of cheap flight tickets on Lookupfare.

Yakima is set in a region that is rich in diversity and variety. It is an ideal destination for a day-trip, to spend some time outdoors or bask in the exotic flora and fauna of the city. Tourists are majorly drawn to the city because of its geographical settings that offers more sunshine than any other city in the state of Washington.

Yakima is also counted as one of the viticulture regions in Washington and is home to some of the most delightful range of wines in the area. The city sits at the same latitude as some of the most renowned French wine-producing areas.

Yakima also offers several adventure activities to indulge in, such as: - skiing, hiking and wildlife-watching. The city also hosts a number of cultural events and activities throughout the year. Some of the most popular ones are the 'Central Washington State Fair', 'The Yakima Folklife Festival', 'The Fresh Hop Ale Festival' and 'A Case of the Blues and All That Jazz'.

The best time to explore the city is in the month of June or September when the temperatures are near perfect and the city is less crowded.

Yakima Valley Museum – Score some low-cost flights to Yakima and take your kids to the 'Yakima Valley Museum'. The museum features a zone called the 'Children's Underground' that offers a variety of interactive and hands-on activities that fall in-line with the exhibitions organized at the museum. The kids will have a great time exploring the kid-sized versions of period costumes and towers. The museum also educates the visitors about the native flora and fauna of the Yakima Valley through live animal exhibits and artifacts. Kids will also find a lot to do with the realistic-looking products, such as multi-colored plastic fruits stored in the kitchen-area, along with a pony-cart. The museum also features a café that offers a kids menu with items such as hot dogs and ice cream!

Yakama Nation Cultural Heritage Center – Modeled under the impression of an ancient winter lodge of Yakima, this facility restores the history of the 'Yakama' people in one of the oldest Native-American museums. It also features regalia and Yakama beadwork in a one-of-a-kind gift shop. One of the prominent highlights of the center are the life-size dwellings of the plateau people of the valley, and the artifacts and exhibits that paint a picture of the life of the Yakama people. The center also features the 'Heritage Inn Restaurant' and ‘The Yakama Nation Library'. The center also hosts various live storytelling shows, along with a number of events throughout the year such as 'The Pow Wow Celebration' and 'The Yakama Nation Treaty Days Parade'.

The Capitol Theatre – Listed in the National Register of Historic Sites, the Capitol Theater is one of the most popular points of interest in the city. The theater hosts more than 150 events every year, featuring touring Broadway musicals, the best of the Broadway series- 'Sassy', Children's shows, Yakima Symphony orchestra, choir performances, and the Town Hall lectures.

Find the best Yakima cheap flights from Lookupfare. Fly with the most popular airlines and enjoy the best of the amenities and services with Lookupfare travel!