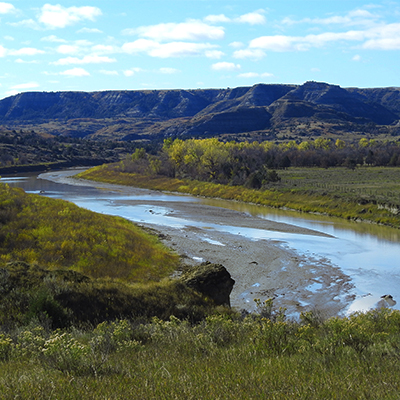 With a decent year-round weather, Williston is the fastest-growing small center in North America. The sixth largest city in North Dakota, Williston is well known as America's Boomtown. The North Dakota Oil Boom that began in the year 2006 lead to an increase in the population and also in the number of employment opportunities in the city. Also, Williston is home to the confluence of the Yellowstone and the Missouri rivers.

Back in 2008, no one had ever imagined that a small city like Williston could ever see growth in the near future. Williston used to be a city whose young generation was moving out for jobs and the remaining residents were aging and dying and also the city where no new company wanted to set up its base thanks to the extreme climatic conditions where the minimum temperature would dip down to -18'C and the normal summers had 29'C. But now the city of Williston is nothing like its former self and this time the shale-oil boom has to be thanked.

The oil boom brought not just money but also thousands who flocked the city in the hope of earning good money. The employment opportunities in the city have since touched the heights and the residents, as well as the newcomers, found jobs in the oil industry. The population of the city saw a three-fold rise but the number of houses remained the same. This lead to an increase in the average monthly rents. Browse through Lookupfare for cheap flights to Williston which is the most expensive place to rent in the US.

The Upper Missouri Outfit had constructed the fort in the year 1828. At the time of its construction, the fort was named Fort Henry but it was later renamed as the Fort Union. This historic site is nothing but the reconstructed trading post on the border of North Dakota and the Missouri River. The visit to the Fort Union Trading Post National Historic Site is free of cost and the park remains open all days of the week from 08:00 am to 06:30 pm.

This is a museum that has on display the history, geography and the geology of the area. The exhibits in the Missouri-Yellowstone Confluence Interpretive Center depict how the Yellowstone and the Missouri rivers met near the Montana border. Not just the exhibits, the visitors can also view the amazing confluence of these two rivers. Interestingly, the view has remained same as the one the Lewis and Clark Expedition members had enjoyed when the site was visited by them in 1805.

The Eagle Ridge Golf Club is home to the biggest public golf course in the city of Williston. The golf club with 18-hole golf course has something for everyone, including a practice range for the beginners to improvise their game and chipping green and putting green. It is recommended that the visitors schedule their visit in accordance with the policies and guidelines of the club to avoid any inconvenience.

The James Memorial Art Center was built in the year 1911 to serve as the first public library in the city of Williston. But today the art center provides art classes and workshops to all age groups. The art gallery also hosts gallery exhibitions and community events to promote varied forms of art in the city and the nearby areas. The art gallery remains open for visitors from 09:00 am to 02:00 pm on all days except Saturday and Sunday.

Wish to know what the city of Williston, its people, buildings and vehicles looked like in the past - Visit the Frontier Museum to experience the past of the Williston city. The museum has on exhibition a rural church, taxi, house, country school and a number of displays to help you know and understand what the old city of Williston looked like.

The Wheat Monument is nothing but a structure erected by the people of Williston in honor of the farmers and all other people who did their best to grow wheat in the area despite the many challenges faced by them. The monument was dedicated to agriculture in the year 1987. The monument serves as a reminder about the hard work of the past generations.