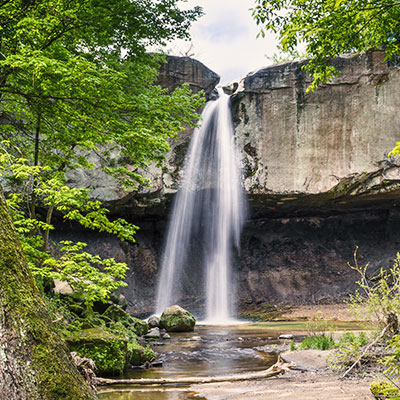 Williamsport is a city located in the US state of Pennsylvania and is the county seat of Lycoming County. Williamsport is widely regarded as the city on the move. The city is clustered with some great attractions, beautiful Victorian architecture, a happening downtown and a few famous artists. It is also the only city that is situated in the Pennsylvania Wilds. Take a last minute flight to Williamsport and explore this charming city.

Williamsport is best known for its rise to fame as the origin place of Little League Baseball and every year plays host to the Little League World Series. The sport was pioneered in the year 1939 by Carl Stotz. Little League Baseball is said to be the largest youth sports program in the world with more than 200,000 teams from 80 nations featuring in the tournament. Every August, Williamsport witnesses thousands of visitors from all around the globe coming to the city to enjoy the championship event.

Williamsport is a great city to live, shop, dine and visit. In a magazine poll, it was ranked among the top 300 cities to live in the United States. The city is home to a thriving arts community.

Williamsport is the largest city in its county and in the north-central part of Pennsylvania. The population of the city is estimated at about 30,000 residents. It is the main city of the Williamsport, Pennsylvania Metropolitan Statistical Area.

Williamsport was inhabited by Americans in late 18th century. The city began to flourish thanks to its lumber industry. By early 20th century, the city had reached the peak of its prosperity. Due to its burgeoning lumber industry, it was also dubbed as ‘The Lumber Capital of the World.’

Williamsport is also known for its Lycoming aircraft engines, which is a venture of the Avco Corporation and a subsidiary of Textron. The city is home to Brodart, a library supplies company. Over the past few years, the city has become a popular area for extracting natural gas.

World of Little League Museum-If you’re a baseball fanatic, then you need no more reason to grab a low-cost flight to Williamsport. The World of Little League Museum that was opened in the year 1982 features exhibits and artifacts from the history of Little League Baseball and how its ideals and alumni impacted the world. The displays date back to 1939 and the collection includes memorabilia and uniforms related to some of the most popular players and supporters. The museum also features various interactive exhibits where the kids can test their baseball skills.

Bullfrog Brewery- Bullfrog Brewery is regarded one among the best breweries in Pennsylvania. It has been producing some amazing beer in downtown Williamsport since the 90s and their fine brewing skills reflect in their impressive brews. The brewery has also been honored with various medals and awards at beer competitions. For people who don’t drink beer, Bullfrog also produces their own root beer.

If you’re looking for cheap flights to Williamsport, then you’ve got yourself to the right place. Our proficient team of travel heads has put in unlimited numbers of hours in devising the best of the cheap flight tickets available online. Check out our wide variety of flight deals and score the best of the round trip and one way flight deals.