The Rustic and Resplendent Samara 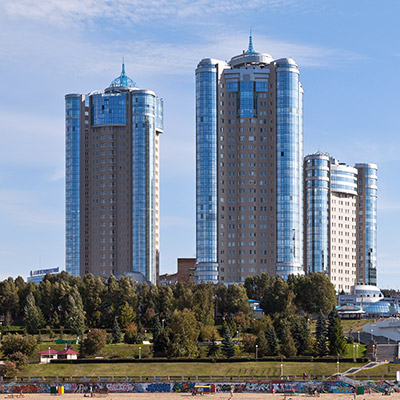 Samara has long done away with its military post repute and presently, it beckons travelers from all corners of the world. This Russian city is the gateway to the Volga region and its cultural disposition entices everyone. The city’s proximity to the Volga River has aided its development and given it a new identity. A must do in Samara is heading to the banks of the Volga River and soaking in the magnificence of the turquoise waters. The sunset getting captured on polaroids and the heart of the beholder, becomes a lifelong memory associated with the city. The performing arts scene in the city is another highlight. Thus, catching a concert or play should be on the list of things to do in Samara. And, we cannot skip the mention of Russian beer. The choicest of beers are up for grabs. So, book a flight to Samara and do not forget to take a tour of all the breweries dotting the city.

Samara was founded in the year 1586 when a Russian fortress was built on the banks of Volga River. However, there has been traces of human settlement in the city dating way back to the 14th century. The city played a key role in the Second World War with its endeavors in Russian aviation. Given its proximity to Moscow but a fair distance from the war zone, with time, the city began its journey towards development. Though, one can still see vestiges of the war quite clearly in the city’s being, it’s not suffering from its wounds anymore. Today, it embraces a very lively vibe that reflects in the numerous restaurants, clubs, festivals, events and jovial locals that make up the spirit of Samara. The city is rooted deep in its culture which has attracted many eminent artists to make it their home. Book cheap flights to Samara and let the city work its charm on you as well.

Samara Beach - When we talk about Russia, images of a snow covered landscape pop up in our minds. While Samara is all that, it nestles in its embrace a sandy beach too. Head over to Samara Beach to soak in the summer time madness of the beach life. With velvety sand, it is a great place for you to lounge at; feel an adrenaline rush on a surf board or simply catch the heartwarming sanguine sunset. Do you find all this alluring? Then, make plans to the city during the summer months when the weather is perfect for a beach bum.

Zhiguli Mountains - Want to take a step closer to nature? Then, plan a day trip or trek to the Zhiguli Mountains. Heading out for an excursion in this mountain is saying hello to the beautiful remote areas of Russia. Make your way through the thick forest and get a chance to explore a UNESCO listed reserve. The gullies and the many valleys making up the mountain region were once used by pirates as a hideout place, due to its proximity to the Volga River. These are now explored by tourists at large who cannot have enough of such bounties of nature.

Troitsky Market - Exploring the markets of a destination is always a must thing to do for a tourist. Markets give a clear peek in to the local life of a place and Troitsky Market essays the story of Samara in intricate details that reflect on handicrafts, local produce and global brands. Gratifying the shopaholic souls of Samara since a very long time, this market is also good for relishing the flavors of Russian street food. So, rent a car and steer straight to the market to get all the right feels of being a tourist.

Samara Space Museum - The city shares a long standing relation with space programs. And, it has been a hub of astronomy during the Soviet period. The museum is the same place that saw the ingenious minds build a Vostok rocket— first model of rocket— to be launched in to space. The museum still reverberates with pride, and honors their brilliance by keeping a replica of it outside the museum. Worth exploring are the many exhibits and artifacts that detail out the myriad mysteries of the space.

Volga River - Step out of the town and be audience to one of the most gorgeous vistas in Samara— the Volga River. It is sure to sweep you off your feet. If you’re accompanied by your special someone, then without giving a second thought, plan a date on the offbeat banks of the river. A romantic gesture like no other. The blue waters of the river gushing along the backdrop of the Zhiguli Mountains is likely to take your breath away. So, hop-on a last minute flight to Samara and let mystical nature purge all your stress away.

The city is lined with many hotels that caters to the need of every traveler. So, make your hotel reservations in advance if you do not want to run around places on reaching Samara for getting a room of your choice.

Samara is historically affluent and the museums speckling the city educates everyone about it. You will never get bored learning some facts about World War II or seeing various artifacts that chronicles the tales of the indigenous tribes of Russia. Book airplane tickets and make that Samara trip happen soon.