The Capital of Jam 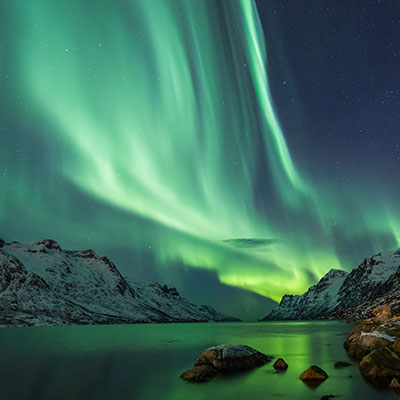 Scenic views, lush greenery and lively streets are few incredible features that make up the capital city of Iceland, Reykjavik.

Located on the Coast of Iceland, Reykjavik is the largest city of Iceland with an estimated population of approximately 132,000 residents. It is situated in the southwestern part of the country and is the center of nation’s economic, cultural and governmental activities.

Choose from a wide range of offers on flight deals to Reykjavik and find the best in-value deals with Lookupfare. Get the best of the in-flight amenities and services alongside cheap flights to Reykjavik. Also, take a look at our various custom travel offers such as Deals under $99, Deals under $199, First Class Travel, Business Class Travel, last minute flights, etc.

Reykjavik is regarded as one of the safest cities in the world. It is also considered amongst the greenest and cleanest destinations across the globe. Borgartún Street is the financial hub of the city. Reykjavik has been a prominent center of economic growth for Iceland for the last decade. In 2007, Reykjavik was ranked as the richest city in the world by a leading international media company.

Golden Circle Route – A tour of the Golden Circle Route will take you to some of the most scenic sites in the capital city. It is one of the most popular tourist areas in Reykjavik running along the Thingvellir National Park, the Golden Falls and the Haukadalur Valley. As per the tourist board, all the attractions can easily be explored in a day on a tour bus or a vehicle. The tour also provides a visit to the Friðheimar greenhouse cultivation centre where you will get to know about the science behind growing mouthwatering and chemical free tomatoes and cucumbers using geothermal heat.

Blue Lagoon Spa – The Blue Lagoon Spa is one of the must visit sites in the city. Unwinding yourself in the pleasant warm waters of this naturally heated geothermal pool would be an experience of a lifetime. The water is maintained at a temperature of 96-102 ° Fahrenheit and is known to work magic on skin problems and tired muscles. The spa also offers several upgrades such as private baths, spa facilities and water massages on chargeable basis. Towels, bathing suits and robes are available on rent. The surrounding lava fields and the beautiful snowy mountains make the experience more delightful.

Hofsstadir Historic Park Viking Longhouse - This historic park will take you to the time of settlement of the Hofsstadir. It was discovered unintentionally during a construction work in 1986. Several excavations were undertaken at the site under the directions of the National Museum and was also overlooked by the town of Garðabær. The turf walls showcase the boundaries of the longhouse during its last phase, and the remnants of a large enclosure have been left intact. Modern multimedia technology tells how it was living in the house including a 3D rebuilt structure of the tower. The discoveries of the archaeological excavations are displayed using pictures, drawings, etc. In 2004, Hofsstaðir was honored with an award for the use and implementation of digital and interactive technology in the museums.

Höfði House – Built in 1909, Höfði House is considered as one of the most beautiful and historical towers in the city. Initially, the house was home to a French Counsel and still houses many marks of its original purpose. The house is renowned for hosting the famous 1986 summit meeting of the presidents Mikhail Gorbatsjov and Ronald Reagan. This historical meeting is believed to have brought an end to the cold war. During the meeting, pictures from inside the house were telecasted all over the world. Today, it is used to host official meetings and receptions. Tourists can unearth the house from outside but are not allowed to go inside.

The Pearl – This dome-shaped glass building is one of the landmark buildings in the city offering plenty to explore beneath its sparkling surface. This gleaming gem was designed by Ingimundur Sveinsson. The dome features a revolving restaurant offering the visitors a unique dining experience. It also has a small café with an observation deck offering captivating views of the city and its surroundings. The Pearl is supported by 6 enormous water tanks, each of which boasts of a capacity of 4 million liters. The dome also houses the Saga Museum – a historical installation of the silica figures exhibiting some of the more eminent scenes of the Sagas.

Fly with Lookupare and grab the best low-cost flights to Reykjavik. Book with us and get the lowest fares on your flight tickets.