The City that Loves you back 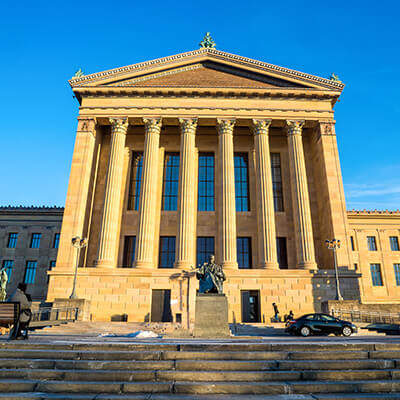 Affluent history, lush greenery and striking architecture are just few of the traits describing the beautiful city of Pennsylvania, Philadelphia.

Philadelphia is the largest city of Pennsylvania and the fifth most populous in United States. It is the cultural and economic anchor of Delaware Valley. Philadelphia is the only American city listed amongst the World Heritage Cities.

Philadelphia Museum of Art - Known for its renowned collections, enriching programs and acclaimed special exhibitions, this is one of the largest museums in the country. Just book some cheap airline tickets to Philadelphia and savor over 225,000 works of some of the greatest human creativity.

The Barnes Foundation - This art museum boasts of one of the most remarkable collections of 19th and 20th century French painting in the world. Find some extraordinary works of some of the most accomplished artists like Cezanne, Matisse and Renoir, available no place else.

Eastern State Penitentiary - This historic site was once very famous and expensive prison in the world and was known for its strict discipline and grand architecture. It was dubbed as the world's first true "penitentiary"ÂĂ?Âť and was intended to inspire true regret or penitence in the convicts.

Independence Hall - Dubbed as a must visit site for the art and history buffs, this historic building is the site where both the constitution of the United States and the Declaration of Independence were signed.

Cathedral Basilica of Saints Peter and Paul - This sacred site is the head church of the Philadelphia's Catholic Archdiocese and is located on the National Registrar of Historic Places. In 1979, Pope John Paul II celebrated Mass here.

Grab the best low-cost flights to Philadelphia with Lookupfare and make your trip to this enchanting city Memorable. Check out our numerous offers and find the best cheap plane tickets to Philadelphia alongside some juicy offers on cheap domestic flights.