The Scandinavian City on the Rise 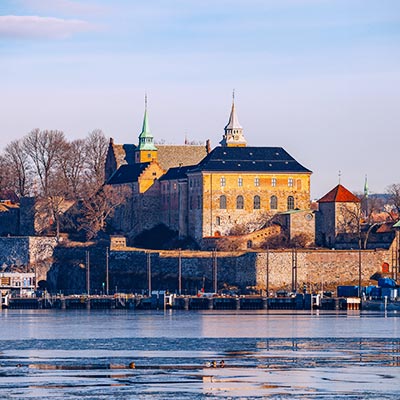 Only a few years back there was an ongoing tussle between Stockholm and Copenhagen for the coveted title of the most appealing Scandinavian city. Oslo wasn’t even a far off thought. But, Norway’s capital must have pulled off a Cinderella act to be counted as a contender for the title today. The air of reinvention is blowing through the stretches of the city. And travelers can feel it caress their faces. They are astounded by the futuristic architecture, bowled over by the culinary delights, fascinated by the colorful culture, impressed by nature’s creation and overjoyed by the electrifying nightlife. Though compact in size, this city has everything to win the heart of a traveler. So, if a vacation is long due, then book a flight to Oslo and have a whale of a time vacationing there with friends and family.

Sunlight is a blessing to Oslo. So, when summer takes charge, locals go all the way while enjoying the long light summer nights. Every nook and cranny of the city comes alive. The roof top bars are packed to the hilt. People like to take in the sun and chill with their loved ones over a drink or two. Parks are another draw. You can find kids running about in the park and adults basking in the sun. Summer picnics are a huge hit. Also not to forget are the beaches. Locals love hitting the beach. There are people doing all sorts of beach activities - getting a tan, braving the waves, and even skinny dipping. So, if you want to witness the best of Oslo, then book cheap flight tickets to the city between May and July.

Helming the title of the world’s largest sculpture park, The Vigeland Park is a stand out work of art — of humans and nature. Housed inside the Frogner Park, there are more than 200 bronze, granite and cast iron sculptures in the park. The man behind these pieces of creative genius is the world famous sculptor Gustav Vigeland. He has designed all of these sculptures that are naked human figures depicting human life in its purest form. The designs are quite intriguing and leave visitors whirled up in thoughts. After exploring the sculptures, you can sit down for a picnic with your pals for a wonderful day amidst the greens. So, rent a car and pay a visit to the most beloved tourist attraction in the whole of Oslo.

Norway has a long standing Vikings’ history. Therefore, no trip to Oslo shall be complete without exploring the Viking Ship Museum. Put on display are three Viking ships which are more than a 1000 years old. These ships have been preserved brilliantly and just one look is enough to bring alive the glorious past of the Vikings. One of the ships ? Oseberg Ship ? was used for the burial of a chieftain’s wife and other two women. Certain items such as furniture, clothing and other personal belongings were buried along with them that are enough to give a good insight into the Viking culture. The museum screens a movie by the name “Vikings Alive” that further delves into the life of these Norse seafarers tribe.

Built in the 1290s for the purpose of warding off military attacks, Akershus Fortress is majestic in its appeal. A walk through the fortress feels like taking a trip back in time. Sitting pretty by the sea, the fortress withstood several sieges claiming its value both strategically and symbolically not just for the city but the country as well. The medieval castle is also home to two museums ? Norwegian Armed Forces Museum and the Norwegian Resistance Museum. These museums detail out the history of the city as well as its military legacy. Since the fortress is located smack dab in the middle of the city, there are a number of hotels nearby. You can make hotel reservations around here to wake up to the gorgeous views of the fortress.

A Norway trip during winters may not be an ideal one for many, but it isn’t that undoable. In fact, Oslo is not as cold as many think it to be. While temperatures are definitely on the low, the wintery landscape warms up the heart. The city becomes a winter wonderland. Something one can only associate with the fairytales. With glittery hills and snow laden trees, the beauty of Oslo during the winter season is breathtaking. Also, the winter activities are such a great thing. You can sledge, ski and ice skate and even build your own snowman. All of this minus the annoying touristy crowd. So, book a low cost flight to Oslo and have the most beautiful and not the usual winter vacation this year.