The Jewel of the Cote d'Azur 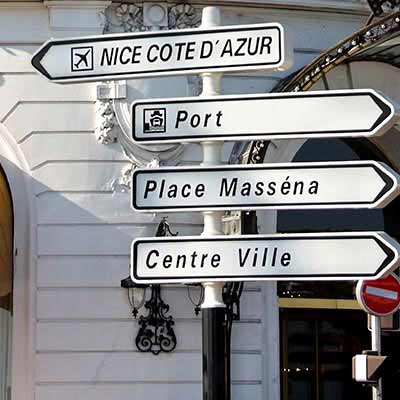 If you have ever felt the need to gaze upon the brilliant blue ocean, framed by a rocky coastline, from the balcony of a 5 star hotel as the waves sing you a soft song while playing with the bright but gentle Mediterranean sun plays with the clouds? If your answer is yes, then you have found yourself craving a trip to the French Riviera. Specifically, Nice, France, the jewel of the Cote d’Azur.
Fly to this gorgeous city and book cheap flight to Nice, allowing you to experience the beauties that the quaint Mediterranean town has in store.

Nice, France, is called the jewel of the Riviera with good reason. It’s winding seaside walks and pedestrian friendly streets showcasing the cheery calm of the Mediterranean ambiance. The city boast a plethora of cafes and eateries, catering to all shapes and sizes of budgets, alongside the choicest of the global brands in all things fashionable. If aforementioned 5 star hotels are not congruous to your tastes, Nice boasts multiple traveler’s hostels offering much cheaper accommodations along with basic necessities that boast one of the highest levels of maintenance and quality service. These amenities should not deter you from, thus, booking flight deals to Nice.

So, you have got your last minute flights to Nice, and you are wondering the kind of attractions and interesting places you could encounter there? Here are some tit-bits about the places of interest in Nice:

The city boasts its share of parks, museums and guided tour-worthy locations as well:

So utilize the availability of low cost flights to Nice and allow yourself to be mesmerized by everything this illustrious city has to offer.

Being part of the Mediterranean, Nice is subject to the same syndrome of perpetually pleasant and bright weather which meaning, of course, that the best time to pack one’s bags depends solely on one’s whims and preferences in ambiance and the desire to discover something new hidden within the historic twists and turns of this beautiful city.

In winter months, the city has a pleasantly warm clime, lending itself a feeling of tropical climates during the monsoon, minus the driving rain and humidity. This is not during the usual tourist season and the city will be sparse in its gaggles of vociferous travelers and is perfect for enjoying the solitude and pleasant ambiance of the city though it is important to note that some hotels and restaurants may be closed from November to February.

Spring and fall are the seasons when the city begins to blooms into the traveler’s paradise, it is advertised to be. The colors and scenery become brighter, but the city is somewhat buffeted by a cold wind that brings sudden but short lived showers. Those who enjoy witnessing the change of a somewhat cold city into the bustling and livid place, this is the season to be.

Of course, summer brings the most tourists and is the time when the city truly comes to life in all its glory. The clime is comfortably warm, and dry with an occasional sea breeze to ruffle the tourist’s hair while they enjoy the clashing temperatures along the coastline. The height of the tourist season is in the month of August, which means that as the life of the city grows, so does the crowd. And if you have no issue with crowded places then this is the time definitely for you to visit the city.

So, on the kind of ambience and the weather condition you would personally prefer, you may book flights to Nice.

Guided tours and package tours for all of the above are available both at individual locations as well as online, allowing you to utilize tours at your own convenience. Package Tours usually include an extensive tour of the Rivera along with 2 museums and 2 parks. Some tours may be categorized into only-park or only-museum tours, but all include a trip along the Promenade and a foray into the Old Town. These extend over the period of a few days, so if one is in the need for a quicker run, Day tours are available of aforementioned sites, which give concise and entertaining titbits on the locations while allowing one to soak in the sights over the course of a single day.

These tours are priced depending on duration and number of locations covered. These do not include the costs of entry into any of the museums and parks.

Being at the Centre of French tourism, Nice is connected pretty well with a number of renowned airliners as well as low cost carriers, connecting Major European and International urban Centre’s with this Mediterranean port. Flights to this gorgeous resort-city are provided by Air India, Jet Airways, Swiss Airways, Lufthansa, Air France, Emirates, Etihad Airways, KLM (Royal Dutch Airways), British Airways, amongst others, usually at expensive prices as far as airfare tickets are concerned regarding International travel. But now, with the arrival of low-cost airlines, it is possible to book cheap flight to Nice.

Once you alight in Nice, you will notice that there are a lot of modes of travel available within the city to help you travel through its length and breadth. The commonest modes of travel are:

Summertime also draws crowds for not just weather and ambiance but for the fascinating events as well. The neighboring two cities, Monaco and Cannes, host the Formula 1 Grand Prix and the International film Festival respectively, drawing a large number of enthusiasts for both racing and films to this quint essentially French city. While securing seats for the Grand Prix may be taxing, it is possible to admire it from a distance along the coastline. Being present for an event as prestigious is indeed an experience to be had.  The Film Festival on the other hand is a must see for Cinephiles and a liberal budget allows for it relatively easily. Regulars of the film industry often describe it as “watching history being made.” An apt description for an event of such prestige, indeed.

So, if culture, history, the arts or simply the fast cars of the Grand Prix enthrall your senses, the jewel of the Mediterranean, Nice, beckons you to find out its hidden mysteries that it boasts of within the ancientness of its being and existence, allowing you to savor the best of France within a single city. With the availability of cheap airline tickets to Nice, you may travel to this wondrous city without any kind of stress or worry.