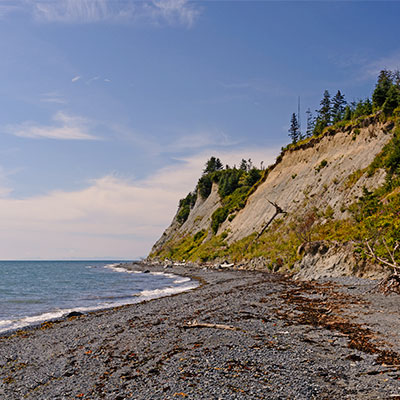 Mekoryuk is a small city in the state of Alaska. It is situated on the Nunivak Island in the Bethel Census Area. According to the 2010 census, the city had a population of 191 residents. Book cheap flights to Mekoryuk with Lookupfare.

Mekoryuk is the only year-round occupied settlement on the Nunivak Island. Mekoryuk is situated at the mouth of Shoal Bay across the northern shore of the island of Nunivak. Mekoryuk is a part of Yukon Delta National Wildlife Refuge.

In 1930s, an Evangelical Covenant Church was constructed in Mekoryuk by a native missionary. A Bureau of Indian Affairs school was established in 1939. The opening of the school resulted in migration of people into the town leading to a rise in the population.

Travelers looking for Mekoryuk flight deals can find some great offers on our website. We offer the best low-cost flights to Mekoryuk. Book with us and enjoy the cheapest airfares on one way flight deals and round trip deals to Mekoryuk.