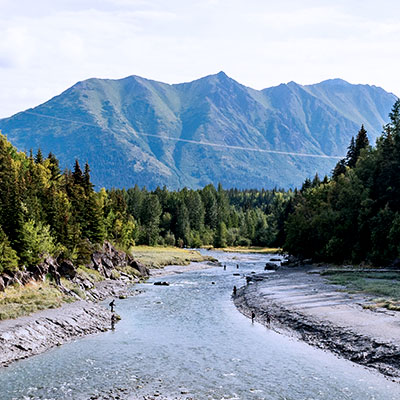 Kwigillingok is a beautiful little town in the state of Alaska. It is situated on the western shore of Kuskokwim Bay located near Kuskokwim River. You may book cheap flights to Kwigillingok on our website or mobile application.

As per a legend, there was no river in the area where Kwigillingok was situated. Then one day, a man looking for his daughter’s lost necklace dug a trench in the place which led to the formation of a river. Also known as Kwig, the first official records of the town were marked in 1927 when it was originally listed as Quillingok on the Annual Report map of the Alaskan Governor.

Kwigillingok has long been inhabited by Yup’ik Eskimos. Today, it is a traditional town and the residents maintain an active subsistence way of life. It has a church that was built in the 1920s, several boardwalks, gravel airstrip, health clinic, school and a washeteria.

According to the 2000 U.S. Census, Kwigillingok had a population of 388 residents, of which 97% were of Alaska origin. The town has a distinct arts and crafts scene and is also known for its commercial fishing and traditional lifestyle.