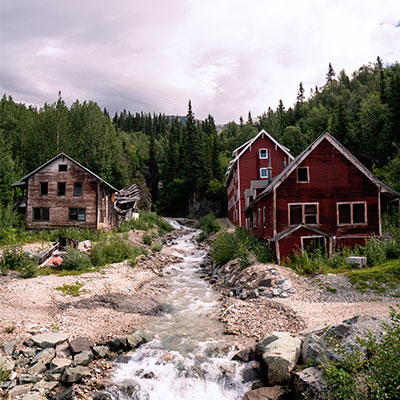 Kwethluk is a city in the Bethel area of Alaska and is rich in ethnic diversity and follows the Yup’ik tradition. It is situated in a strategic location in the Yukon-Kuskokwim Delta at the confluence of Kwethluk and Kuskokwim rivers. This city in Alaska is perfectly suited for a romantic getaway, solitary serene journey or group traveling. If you wish to go away from the humdrum that characterizes regular city life, this is your place to be.

With a population of around 750 people, this city has its own small airport – Kwethluk Airport to which cheap flight tickets are available all year round on a number of travel portals. It is one of the oldest communities in Alaska and the archaeological digs and remains only prove that the area has been in existence since the prehistoric times.

A perfect getaway for archaeologists and artists, last minute flights are readily available all across the United States. The community strives and thrives on the subsistence economy.

Kwethluk lies at the confluence of rivers Kuskokwim and Kwethluk. The city derives its name from the Yup’ik word Kuiggluk which means “dangerous river.” The city is also the second largest community along the Lower Kuskokwim River. The only mode of freight and passenger service for the residents of the city is air transportation.

The Kwethluk River is integral to the living of its people. Explore this traditional and cultural hub of progressive ideas with our last minute flight deals. There was a gold rush here which lasted until the Second World War and attracted masses to settle by the river. The area is a hub of the fishing industry as the river contains a wealth of Salmon. It is exclusively known for fly fishers looking to catch fishes. Cheap airline tickets to Kwethluk Airport are available at all domestic airport kiosks and travel portals.

St. Nicholas Orthodox Church – This is a historic Russian Orthodox church located near Kwethluk. The church which is rectangular in plan is completely built out of cedar. The church built in the year 1935 is the oldest structure standing in the area.

It is one of the first native villages in Yukon–Kuskokwim Delta to allow skateboarding to its tourists and locals. Grab a chance to fish in the remote rivers against the stunning scenery. The major airlines which operate to Kwethluk include Alaskan Airways and Ravn Alaska. Do not forget to avail the best domestic flight deals to Kwethluk. Get some of the best last minute flights deals from our online booking site year round.