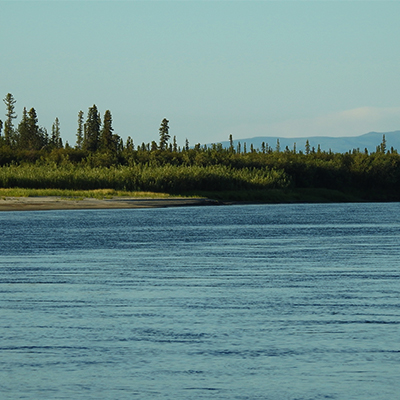 If you ever wondered how the people could sustain themselves amidst the wilderness, you have not yet heard about the residents of Kobuk city. If you wish to explore a landscape that has diverse flora and fauna and is yet the most isolated wilderness you would ever see, then you must book a flight to Kobuk.

Kobuk city got its name from the famous Kobuk River. The work "Kobuk"Ă?Âť is an Inupiaq Eskimo word that means "big river" so Kobuk literally means "Big River City."Ă?Âť The city falls under the transitional climate zone where the average winter temperatures ranges from -10 to 15 and temperature in summer hovers between 40 and 65. The city has even recorded extreme temperatures ranging from -68 to 90.

The economy of Kobuk is based on subsistence and the residents of the city still practice old-school subsistence lifestyle. Also, sale or import of alcohol is forbidden in the city. It doesn't have its own high school, so the students studying in high school attend classes in Shungnak.

The city is home to the Kobuk Valley National Park that can be reached only by air taxi, dogsled or snowmobile. Only the local residents of the city are permitted to hunt in the valley that was first declared a national monument by President Jimmy Carter in the year 1978. Two years later, President Jimmy Carter declared Kobuk Valley a national park. The major attractions of the city like the Kobuk River and Kobuk National Park are just a flight away. So book cheap flights to Kobuk now to explore the perfect blend of serenity and wilderness.

Just like other tourist destinations, Kobuk city has its own list of popular attractions that you should include in your list of things to do when in Kobuk.

Kobuk Valley National Park - This national park is the prime attraction for the people visiting Kobuk city. Kobuk Valley National Park is spread over 1,795,280 acres of land near the Kobuk city. The park was first inhabited by the Paleo-Arctic people around 12,500 years back. Today the park is inhabited by the Inupiat people. It was originally designated as a national monument in the year 1978 and was later declared a national park in 1980.

The park is best known for the Great Kobuk Sand Dunes and migration routes of caribou. It becomes home to nearly 500,000 caribou that migrate through it twice a year. While migrating the caribou pass through the Great Kobuk Sand Dunes. Every year, a large number of caribou migrate back and forth between the Baird Mountains and the Waring Mountains. Other animals that live in the park include the Alaskan moose, minks, beavers, porcupines, black bears, red foxes and brown bears. Due to the extreme temperatures, there are almost no reptiles or amphibians in the park.

Kobuk Valley is located entirely above the Arctic Circle and sees fewer tourists than any other national park. The park can be accessed only by a plane, snow machine or dogs. Summer is the best time to visit the park as the days are long. Interestingly, from July 3 to July 9, the sun doesn't set in Kobuk Valley and temperature in summer can reach 80 or even higher. A visit to the park in winters requires essential clothing and knowledge of cold weather survival. It is advisable to pack warm clothing for every trip to Kobuk Valley as winds may drop temperatures below freezing. The visitors to the park can choose from activities like skiing, snowshoeing, boating, hiking, fishing, etc.

The Great Kobuk Sand Dunes are the largest and the easiest to reach of the three dune fields spread over Kobuk Valley. The soaring winds in the valley push the dunes up to 100 feet in the air.