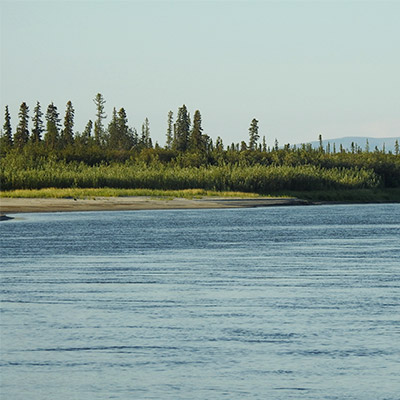 A quaint city flourishing in all its wilderness, Kiana, is a peaceful paradise. With friendly locals, pleasant weather and scenic landscape, this city attract traveler’s looking to explore the unexplored. A city that stands positioned on the waters meet of Kobuk and Squirrel Rivers, the name of this place literally translates to ‘where three rivers meet’. A place untouched by modernity, surviving in its authentic culture, Kiana is a traditional Iñupiat Eskimo village. So, book cheap flights to Kiana and delve into the history and culture of this lesser known city.

Incorporated as a second class city under the state law of Alaska, Kiana was discovered centuries ago titled as the central village of the Kobuk River. Kiana became the central and primary supply post for placer mines on the banks of Squirrel River. The first people to habitat this place were white men who came by boats around the year, 1898. More white men flocked to this place, in the year 1901 and 1902, built settlements and started living here. However, archaeologists claimed with the evidence from carbon dating that this place existed even during the period between 1700 and 1800. Finally, Kiana was incorporated in the year 1964 as a city.  With a population not exceeding beyond 400 residents, people live in solace and a subsistence lifestyle.

Kobuk Valley National Park:  Situated in the Northwestern region of Alaska, Kobuk National Park is a historic Onion Portage site. For over thousand years, Native Americans have frequented this place to hunt the caribou, the footprints of whom still continue to exist on the landscape of Kobuk Sand Dunes. It is a place rich for exploration expedition for the archeologists as the Onion Portage has preserved human activity dating back to 10000 years to get a sneak peek into the culture and history of the primitive people. Kobuk National Park, conserves and maintains the natural element of the Kobuk River Valley, the migrated population of the caribou, the Kobuk Sand Dunes and the flora and fauna that have helped the inhabitants survive.

The Kobuk Valley is stationed between Baird Mountain range and Waring Mountain range and is one of the prominent components of the park, housing most of the archeological sites.  One of the major rivers in the region of Alaska, Kobuk River flows through the center of the valley. The park also has Little Kobuk and Hunt River flowing in it.  To the south of the park, lies the Kobuk sand dunes, and on the north to the sand dunes lies the historic Onion Portage on the river Kobuk. This site was discovered in the year 1961 by an eminent archaeologist by the name of J. Louis Giddings. The portage has served as a hunting ground for the Alaskans, for more than thousand years, and is a significant archaeological site in the land of America.  This site is known to be a reservoir of historic relevance that helps to understand the progress that the Artic communities have made living in the Kobuk Valley. The excavation expedition carried out in this park, till this date, has found nine natural complexes that confirms of human existence living in this valley for almost 12500 years. These excavations have brought into light the vivid lifestyles of the various tribes that have graced this land, hunting and thriving on the vast expanse of the caribou population.

The Kobuk Valley National Park can be accessed by means of boat and plane during summers, however the river freezes during winters and snow machines are used to reach the valley. People who visit this park can indulge in various activities like hiking, boating, camping and backpacking. The best way to experience Kobuk Valley National Park is to hike on the Baird Mountain or row boats on the Kobuk River. So, wait not and book low-cost flights to Kiana and experience a park different from them all.

Browse through our website, Lookupfare and book the best deals on last minute flights to Kiana. Live a unique experience of rowing across the city on boats and snow machines for lucrative one way deals and round trip deals.