Last updated on Thursday 10/06/2022 at 05:00 AM, the fares mentioned below are for Round Trip flight tickets and inclusive of fuel surcharges, service fee and taxes. Based on historical data, these fares are subject to change without prior notice and cannot be guaranteed at the time of booking. Kindly go through our terms and conditions before booking. 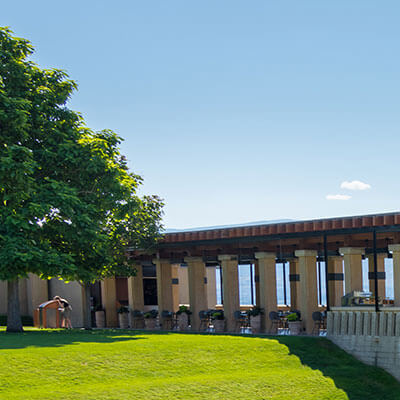 Standing on the Okanagan Lake in Okanagan Valley, Kelowna is located in the southern interior portion of the Province of British Columbia, Canada.

Surrounded by pine forest, provincial parks, orchards, vineyards, and mountains, Kelowna is the third largest metropolitan area in British Columbia with an estimated population of near about 180,000 residents. Kelowna also serves as the head office of the regional district of Central Okanagan.

Lake Okanagan – This 82 mile long lake offers a variety of recreational activities to the visitors such as - swimming, parasailing, boating, and numerous other water sports. This lake is also said to be inhabited by the legendary sea monster, Ogopogo.

Summerhill Pyramid Winery – This is the largest organic winery and the premier producer of sparkling wine in Canada. Relish the striking views, appetizing wine tasting and tours, and wine combined cuisine in the Sunset Organic Bistro.

Cedar Creek Estate Winery - Cedar Creek was amongst the 8 pioneering wineries of British Columbia, having released its first wine in 1987. Cedar Creek has produced some of the best wines of the valley and has twice been acknowledged as "Canada's Winery of the Year".

Fintry Estate & Provincial Park - Situated on the western shore of Okanagan Lake, this nature site was once part of the Hudsons Bay Company trade route. Book your cheap airline tickets to Kelowna and entice your eyes with the stunning views this park offers.

Father Pandosy Mission - Okanagan Valley’s first non-native settlement was a mission established in 1859 by Father Pandosy on this site. Help yourself to a self-guided tour to a collection of horse-drawn carriages and the replicated mission buildings.

Lookupfare has devised all deals and offers with the sole aim of providing you the best low-cost flights to Kelowna. Go through our numerous deals and offers and book the best cheap plane tickets to Kelowna. Also, with Lookupfare not only you will find cheap flight tickets but we also make sure you fly with the top most airlines and the get to enjoy the best of the in-flight amenities.