The City that Unites 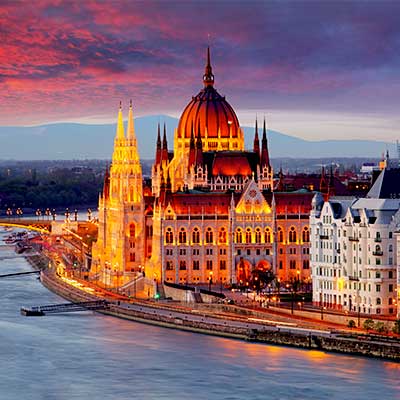 Budapest is considered to be one of the most beautiful cities in the world. Its profound history is perhaps overshadowed only by its architecture and art scene. Budapest has an alluring charm to itself courtesy the gorgeous landscape. One more thing that stands out about Budapest is its deep rooted love for music. The presence of Opera House and the Sziget music festival testify this love affair. Whether you are a jazz or psychedelic trance fan, Budapest will make your soul move with every beat.  So, board a flight to Budapest and let the good times roll.

Buda and Pest, the two cities along with Óbuda gave birth to the magnificent city of Budapest. While Buda lies atop hills, Pest lies on vast sandy plains. The second longest river in Europe, Danube River flows through the city, bestowing it with some of the most captivating scenery. With hills, plains, and a river, the city is a treasure trove of nature. However, once your interaction with the city begins, you realize that it is a melting pot of culture as well. If you want to delve in to the enigmatic vibes of the city, then book a cheap flight to Budapest and have a great time.

Danube Promenade - Spanning from Elizabeth Bridge to the Chain bridge, Danube Promenade is a street that is home to several distinguished spots. While the Elizabeth Bridge is a sight to behold in itself, a walk further towards the Chain Bridge will introduce you to marvels such as Vigadó Concert Hall, the Little Princess statue, the Shoes on the Danube Bank, and Széchenyi István Square. While ambling through the Danube Promenade at night, you can see the buildings illuminate with glittering lights. And, that surely is going to be a walk to remember.

Hungarian State Opera House - Designed by Miklós Ybl, the Opera house was opened to public on 27th September 1884. The building has elements of Baroque era architecture that quite prettily blends with the Neo-Renaissance style of architecture. It can seat up to 1300 people. Book a Low-cost flight to Budapest to take a guided tour or attend a whimsical performance at the Hungarian State Opera House.

Fisherman’s Bastion - This monument was built from 1895-1902 in the Neo-Romanesque architectural style. Fisherman’s Bastion has 7 towers and each of it is dedicated to one of the seven chieftains that led their tribe to settle down and form the modern day Hungary. Built keeping romance in mind, the Fisherman’s Bastion gives clear panoramic views of the Danube River. The stairway leading up to the Fisherman’s Bastion features several statues of historical significance.  These include the Statue of John Hunyadi, 10th century soldiers guarding the gate, and the statue of St. George piercing the dragon.

Buda Hills - If you enjoy scenic trek and biking around, then Buda hills is the right place for you. A favorite amongst the locals of the city, Buda hills is one of the greenest areas of the city. The Buda Hills also has a Children’s railway that is entirely handled by school children from the age of 10 to 14. You can catch a flight to Budapest to set up your blankets and enjoy a peaceful and picturesque picnic in the Buda hills.

Invisible Exhibition - Our ability to see is one of the most amazing things and even in a brief moment of darkness we tend to panic. Imagine what would life be for people who cannot see? Invisible Exhibition is not just any ordinary exhibition but one of a kind experience. Visitors, on entry, are asked to switch off all devices, so that there is no speck of light. They are then led through pitch dark artificial environments where they can only find their way out by the help of touch, smell and sound. All the tours are led by blind or partially blind guides. The idea of the Invisible Exhibition it to give an insight in to the world of those who are blind.

So, if you are convinced to explore Budapest, then look no further. Book cheap flights to Budapest with us and have a splendid vacation. We also roll out discounted prices on hotel bookings and rental cars. So, do not keep your plans to explore Budapest waiting. Book now!