Last updated on Saturday 05/21/2022 at 05:00 AM, the fares mentioned below are for Round Trip flight tickets and inclusive of fuel surcharges, service fee and taxes. Based on historical data, these fares are subject to change without prior notice and cannot be guaranteed at the time of booking. Kindly go through our terms and conditions before booking.

A Witness to Historic Wars 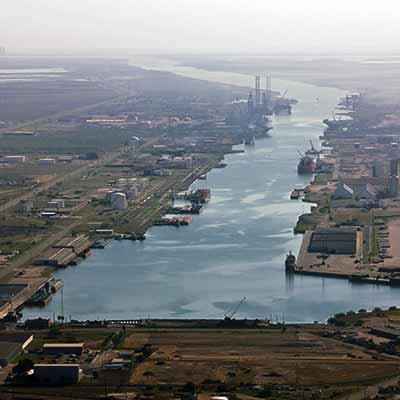 Brownsville, a beautiful serene city, is located on the southernmost tip of Texas. It is perched on the northern banks of river Rio Grande. The city shares border with Mexico and due to its proximity to the country, the city is a confluence of Tex-Mex culture. The city has sprawling green parks and zoo, historical buildings, art galleries and museums and flavorsome cuisines for tourists to have a great time touring around this city. The city also hosts some eclectic events throughout the year which engulfs the entire city in a festive mood. This city never fails to amaze visitors. Book flights to Brownsville and have an eventful stay.

The city of Brownsville has witnessed major historic events like the American Civil War, Texas Revolution and the Mexican- American war. Its evidence can be seen in the architectural depiction of the American-Spanish colonial structures. As the Mexican- American War came to climax, Brownsville was established and so was the new national boundary at the River Rio Grande. The city had carefully restored all its historical buildings and preserved the artifacts to ensure that the legacy is not lost with time. Book cheap flights to Brownsville and delve into the historical richness of the city.

Dean Porter Park:  Spread out on an area of 25 acres, Dean Porter Park is one of the largest lush green parks in the city of Brownsville; bordering the Resaca waterway. The park has a water playground and Sam’s Memorial pool for you to dive in and beat the summer heat. The park also has cabanas beautifully arranged in places for people to sit and laze around. There are many trails running across the park which are best for hiking or just taking a stroll around. A butterfly garden nestled in the park is a must see whereas open meadow area in the park offers some great scenic view.

Commemorative Air Force Museum: The Commemorative Air Force Museum is dedicated to those war heroes who fought in World War II. The museum aims to educate visitors about the events that transpired during the dreaded war-times. It features galleries that take visitors through a time-specific detailed account of events that surfaced right before the beginning of wars to the time of the fall of the Third Reich. The museum also encompasses the European and Asian history and has exhibits depicting the fall of the Japanese empire. However, the most wondrous and moving exhibits involves the display of the stories of the flying officers belonging to the 201st Mexican Fighter Squadron.

Palo Alto Battlefield National Historic Site:  This place is historically significant to Brownsville as it is the site where the battle between United States and Mexico broke out. The site aims to memorialize the important event as well as educate visitors about the cultural and historical impact of the war on the city and whole of America. There is an exhibit center which runs a 15-minute video summarizing the details of the war. Visitors can walk up the trail that leads to a spot from where they can have a view of the historic battlefield-site.

Monte Bella Bike Trail: The trail runs along a length of 6.2 miles offering some stunning vistas of the green landscape. The trail is good for riders who want to explore the place on wheels as the trail is not too rough; making it gentle enough for beginners to ride their bikes. The place has a plethora of flora and fauna that makes one feel close to nature and rejuvenated in its tranquility. Apart from biking, people come here for jogging or a relaxed walk amidst greenery.

Brownsville Museum of Fine Art: Brownsville Museum of Fine Arts, along with having an exquisite collection or art-pieces, organizes events to keep the cultural scene alive in the heart of its residents. They organize special programs targeted towards a younger demographic; to educate them about the role of art and culture in a society and how modern society will be maimed if art and culture were to be left behind. The music concerts and plays hosted theere are not to be missed.

Go through Lookupfare, an online travel portal, to book last minute flights to Brownsville by availing special deals of one way travel deals and round trip deals; and witness the city that has history etched in all its corners.