Carousel Capital of the World 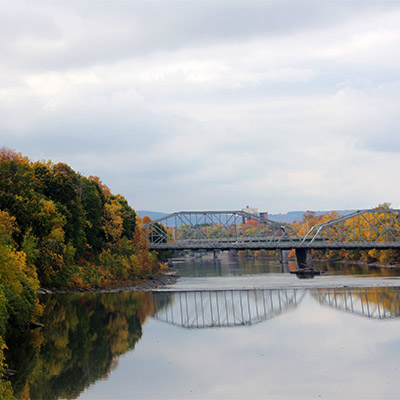 Binghamton is a city in the state of New York, located at the meeting point of two rivers - Susquehanna River and Chenango River. The city is known for its bicycling trails, walking clubs, and other recreational facilities. In the last couple of years, the city has developed a flourishing and pervasive arts scene. Many art galleries and vintage shops can be found around the downtown area where famous events are carried out by local artists displaying their artwork. Other annual attractions held in the city include Italian Festival, Blues on the Bridge, July Fest, Columbus Day Parade and St. Patrick’s Day. Various concerts are hosted throughout the year with a variety of genres that blare out classical, chamber and pop music. Book cheap flights tickets to Binghamton and explore the rich and diverse heritage embedded in the city.

The city is considered as the principal city and cultural center of Greater Binghamton, often dubbed as ‘Binghamton metropolitan area’ or historically the ‘Triple Cities.’ It was incorporated as a city in 1867 and is named after an affluent Philadelphian, William Bingham. During the late 19th and 20th centuries, many people moved to the city in search of jobs. And in 1880s, Binghamton became the second-largest manufacturer of cigars in the United States. The city contains several historic districts and is the traditional economic center of the region.

The city has also earned the title of the ‘Carousel Capital of the World’, as it houses six of the remaining antique carousels. Also, it is home to a regional dish known as ‘Spiedie’ which is served in almost every restaurant in the area. The dish is also served at the Spiedie Fest and Balloon Rally, held in the month of August every year that draw over one million people annually.

Binghamton Zoo: Set in a lush wooded environment, Binghamton Zoo at Ross Park was opened in 1875, making it the fifth-oldest zoo in the nation. The zoo is home to a number of animals including snow leopards, penguins, howler monkeys, red wolves, otters, amur leopards, wallabies, and many more. Other attractions of the zoo include a small park, an old lion’s den (used for learning programs) and a pavilion with areas for barbecuing. The zoo also hosts many activities and events like Zoo Brew & Wine Too, Howloween at the Zoo, Courtship Tails, Boo at the Zoo and Ice Cream Safari. For the thrill seekers, the zoo features roller coasters, a miniature train, swings and a carousel. Look out for some domestic flights deals or last minute flights to Binghamton, as the park remains open seasonally from April through November.

Roberson Museum and Science Center: With prime focus on art, science, local and natural history, the Roberson Museum and Science Center displays a huge model train layout that represents regional landscapes and changing exhibits. Many events are hosted by the museum including food and wine festival, decorating the Roberson Mansion for the Christmas holidays, science fiction conventions, Halloween activities, doll fair and more.

Recreation Park: A public urban park, this place features a playground, statues, courts, bandstand, walking paths and numerous athletic fields. Located at Binghamton’s West Side, the park is bordered by other attractions such as Seminary Avenue on the South, Schubert Street on the North, Laurel Avenue on the East, and Beethoven Street in the West. The park was founded by George F. Johnson, a shoe manufacturer, and is home to one of his six famous carousels.

Cutler Botanic Garden: Founded by Miss Frances Cutler, this verdant space is a beautiful botanical garden which remains open daily in summers permitting admission without any fee. The idea of creating the botanical garden was conceived in 1978, and in 1979 it opened its gate to the public. Today, the garden is a well-known example of an outdoor teaching facility of horticulture and environmentalism.

Other Popular cities to visit

If you are searching for low-cost flights to Binghamton, then browse through our website or mobile app from where you can book airline tickets to this beautiful city.