The Historical Jewel of Europe 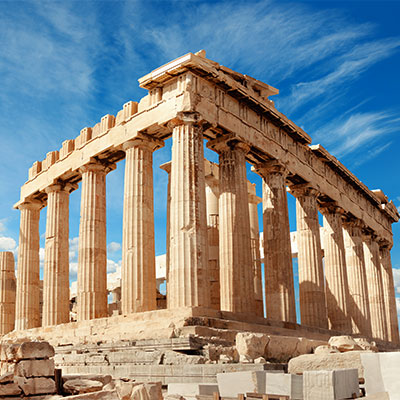 When we think of Athens, the image of Acropolis conjures up in our minds in an instant. The city is filled with landmarks that date back to 5th century B.C. Today, Athens is more than just the birth place of Pericles, Socrates and Sophocles. Given the number of iconic tourist attractions, it is always in the radar of travelers from all over the world. So, if you have booked a flight to Athens, then you are in for a fabulous experience as the capital city of Greece has lavish hotels, quaint cafés and amazing restaurants right next to some of the best ancient structures.

Being one of the oldest civilizations, Athens is historically rich but its grandeur isn’t limited to the 5th century B.C. attractions. The city remains abuzz with events and festivals all around the year. However, the one you must not miss out on is the Epidaurus Festival. Held annually since 1955 in the summer months, the festival includes opera, dance performances and music concerts being performed on an open air theater. There are multiple venues where these bits of events are held, but the main one takes place at the Odeon of Herodes Atticus theater, which is located on the foothills of Acropolis. The festival infuses a vibrant energy into the city which is thoroughly enjoyed by the travelers and locals. So, book cheap flight tickets now!

The citadel built on top of a hill constantly reminds us of ancient Athens. Acropolis is the most visited Greek monument complex in whole of Greece. Overlooking the city, this UNESCO World Heritage Site has a number of ancient structures out of which Parthenon stands out. The temple has Doric columns erected on each side. The Erechtheion is another awe-inspiring site to see. Instead of Doric columns supporting the porch, it has six statues of maidens. You can make hotel reservations near Acropolis of Athens for easy access to the site and a grand view.

During the ancient Greek period, Olympieion or the Temple of Olympian Zeus was one of the largest structures dedicated to Zeus. The stately structure dates back to 6thcentury B.C. reflecting a certain charm of the ancient Greek era. The first thing you shall notice here are the enormous marble columns. And as you walk past the gigantic structure, the shrine of Zeus, you can’t help but fall in love with the surviving columns that once stood in all its glory.

Built in Byzantine style of architecture, Church of Panaghia Kapnikarea is an 11th century ancient marvel. While walking along Ermou Street, the narrow lanes open up to a tiny square where the church is located. The Church of Panaghia Kapnikarea has an unforgettable dome shaped façade, the charm of which is accentuated by its entrance. As you step inside the church, you’ll find paintings dating back to the 19th century. The building has three units? the main Church dedicated to Saint Mary on the south, the north has the chapel of St. Barbara and to the west is exonarthex with propylon. If you book cheap flights to Athens, then this is a must visit attraction.

Museum of Cycladic Art is the best place to visit if you are a history buff. Today, the museum has over 3000 artifacts representing Cycladic, Cypriot and Ancient Greek culture. One of the wings in the museum hosts temporary exhibit called the Stathatos Mansion. It displays the work of Bavarian architect Ernest Ziller and neoclassical architecture of Athens. The museum has various collections displayed in different wings. Cycladic Art Collection is the most visited part of the museum that has different nude figurines of human. Ancient Greek Art Collection has around 350 exhibits and a separate section on Greek technology. One of the coolest parts of the museum is Thanos N. Zintilis Collection where you get to see private collection of Cypriot antiquities. So, rent a car and head to the Museum of Cycladic Art.

Neighborhoods of Pláka and Anafiotika

The picturesque neighborhoods of Pláka and Anafiotika is located near the Acropolis and Ermoú Street. Most of the people come here to soak in the village atmosphere, dine at the quaint cafés and admire the lovely flowers. The alluring pastel-painted buildings on each side of the street offer amazing photo ops. So, hit the streets of Pláka and Anafiotika and have a good time.

Athens has a stronghold in history. And, this often paints its image as somewhat boring to the ones who aren’t much interested in history. However, this false judgement of people is quickly shattered by the nightlife of Athens. The city has an electrifying nightlife. The bars and clubs ensure good times to everybody. Music and drinks give company to people till the wee hours of the morning. And, the party just don’t stop. So, book a low cost flight to Athens and let the fun times begin.