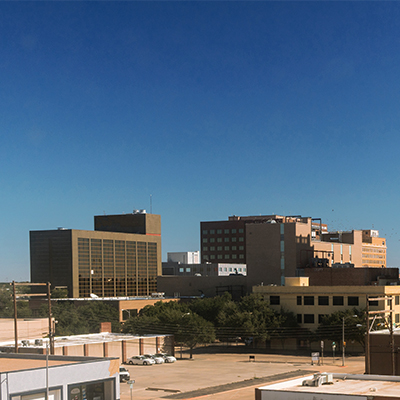 Affluent museums, enticing greenery and vibrant people are some of the features of the city nicknamed “The Friendly Frontier.” Located in West Texas, the city boasts a population of near about 166,416 residents. Also known as “The Key City,” it is the principal city of the Abilene Metropolitan Statistical Area and the county seat of Taylor County.

Abilene labeled as "the Future Great City of West Texas," was established in 1881. For the foodies, Heff's Burgers & More, The Beehive, Abuelo's, Belle's Chicken Dinner House and Szechuan Chinese Restaurant are amongst the top spots in the city to relish some of the best mouthwatering cuisines.

Abilene harbors some of the most exhilarating nightlife options in the entire country of the United States of America. Right after the sunset, Abilene livens up with dizzy neon lights, incredible music, mouthwatering food- that makes for the ideal ambiance one could wish for. Jaguars Club, Record Guys, Stairs Club, Club Old Skool and Wet Willie’s are some of the pleasant places where one can enjoy the nightlife at their best.

Owing to its location in western Texas, Abilene enjoys a fairly mild weather year long. For tourists, the best time to visit the city is spring or fall months when the climate is at its best. If you haven’t booked your flights to Abilene yet, check out last minute flights to Abilene and discover the mesmerizing attractions along with its rich culture.

The charming town of Texas is a promised land for the art and history buffs with numerous sites in offerings. Let’s take a look at some of the major ones –

Frontier Texas – Frontier Texas Museum brings the frontier to life and lets the visitors meet people who risked their lives on the Texas frontier. It also serves as the official visitor center for the city and the Texas Forts Trail Region. The museum was voted the “Best Old West Experience in Texas for 2008.”

Abilene Zoo – This zoo was established in 1919 and is home to around 1000 animals representing 250 different species, including black rhinos, giraffes, raccoons, porcupines, exotic birds and amphibians. Abilene Zoo draws around 200,000 visitors each year discovering the superb world of wildlife. The zoo is also home to an ‘Adventure Center’ which organizes educational programs for children.

Discovery Center – Attractions at this creation museum consists of a guided creation tour that comprises a visit to Genesis Park and live animals, a short 15-minute video on dragons in Origins Theater, a 1/75th scale model of Noah's Ark, dinosaur and several other fossils and latest exhibit on Giants in Lost World Museum.

Fort Phantom Hill – The Fort Phantom Hill is an incredible place for historic buffs. Originally known as the "Post on the Clear Fork of the Brazos River," this fort was established by the United States of America's Army in 1851 and owned until April 4, 1854. Situated in present-day Jones County, this fort is one of the most unspoiled historic sites in Texas and tourists from every nook and corner of the world throng to this place and enjoy its pristine beauty.

The Grace Museum - The Grace is nothing less than a crown jewel in the art community of the city and is acknowledged nationally as a true fine arts museum - with a particular emphasis and commitment to Texas art and artists. Beside these, there are numerous attractions which are worth to visit and explore in this city so book any Abilene cheap flights and discover the attractions which absolutely tempts the tourists to visit this beautiful place again and again.

You can browse Lookupfare’s website and mobile app for domestic and cheap international flights and you’ll find that we offer various deals on best hotels and flight tickets for all the different classes- First, Business and Economy. The deals are tailor-made according to certain travel needs and fall under various categories. Grab cheap plane tickets to Abilene under these deals and fly to Abilene, Texas and enjoy a remarkable vacation.