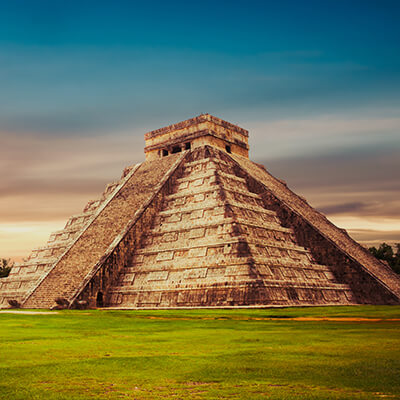 Mexico City, the capital of Mexico also happens to be the most populous one in the country. Originally built by the Aztecs, this beautiful city is famous for its vibrant nightlife. Grab some cheap airline tickets to Mexico City and visit one of its many clubs and cafes for an invigorating evening of rock, jazz or traditional Mexican music.

With more than 160 museums, the city has the highest number of museums in the world. It also has around 30 concert halls and 100 art galleries. The city also boasts of having the largest amusement park in Latin America. It is also home to the world’s richest man, Carlos Slim. Catch a last minute flight to Mexico City and explore this fun place.

Frida Kahlo Museum- Popularly known as the Blue House, it is the art and historic house museum of the Mexican artist Frida Kahlo. The building is the birthplace, the childhood home, a dwelling place and the place where this dynamic artist took her last breath. This museum is one of the most loved spot to visit of many budding artists.

Chapultepec Castle- Located on top of Chapultepec Hill, in the middle of Chapultepec Park, it is a humongous and beautiful palace. The hill was a sacred place for the Aztecs and the palace’s presence makes it all the more interesting.

Mexico City Metropolitan Cathedral- Located near the sacred Templo Mayor, it is the largest Cathedral in the Americas and the seat of the Roman Catholic Archdiocese of Mexico. Built from 1573 to 1813, its two bell towers consists of around 25 bells.

Templo Mayor- It was one of the main temples of the Aztecs. There are two shrines located at the top of the pyramid, dedicated to two different Gods- Tlaloc, the God of rain and agriculture and Huitzilopochtli, the God of war.

National Museum of Anthropology- Located in the area between Paseo de la Reforma and Mahatma Gandhi Street, it is the largest museum in the country. It consists of many anthropological and archaeological artifacts from the country’s pre-Columbian heritage.

While browsing Lookupfare’s website or app for cheap flights to Mexico City, you’ll find that we offer deals on domestic and international flight tickets for all the different classes- economy, business and first. The deals are custom-made according to certain travel needs and fall under various categories. Acquire cheap plane tickets to Mexico City under these deals and fly to Mexico City International Airport for the vacation of your dreams.