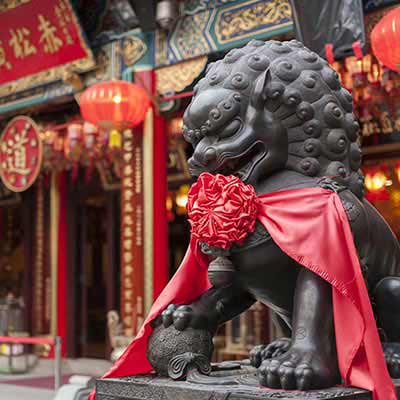 Majestic skyline, stunning architecture, and a shopper’s paradise are some of the primary features defining the Chinese special administrative region of Hong Kong.

Officially known as the Hong Kong Special Administrative Region of the People's Republic of China, Hong Kong is an autonomous territory located on the Pearl River Delta in East Asia. It is the fourth most densely populated sovereign territory in the world with a total land terrain of 1,106 square kilometers and a population of over 7.2 million residents of several nationalities.

Hong Kong operates under the principle of “one country, two systems” and hence follows a separate economic and political system from China. Except for the foreign and military defense affairs, Hong Kong maintains its independent judiciary, legislative and executive powers. Hong Kong also holds power to enter and develop relations with International organizations and foreign states in a broad array of appropriate fields.

Hong Kong is well-known for its deep natural harbor, which makes ready access possible by International cargo ships. Hong Kong also has a very high density of skyscrapers and is known to have the second largest number of high rises in the world. It also ranks first in terms of world’s longest life expectancy. Over 90% of the population uses their well-developed network of public transportation system.

Hong Kong is often dubbed as a place where “East meets West,” reflecting upon its cultural fusion of British colony influence to its Chinese roots. The concept of ‘Feng Shui’ assumes high significance, and big and expensive projects are often undertaken within the supervision of highly qualified experts. The ‘Ba Gua’ mirrors are still a common practice amongst the locals to counter the evil spirits. Many buildings lack the fourth floor, owing to its similarity to the word ‘die’ in Cantonese language.

Victoria Peak – The best spot in the city to savor the lights of the Oriental Pearl. A visit to Hong Kong is never thought to be complete without a visit to this fantastic site. Hop on the tram to the top of the beautiful viewpoint and savor the stunning skyscrapers, a thriving city, and the surrounding Islands. Evening is considered the best time to visit the peak. You can board the tram at the Murray Building, located just behind Hilton Hotel. One of the top points of interest in the city, a visit to this beautiful site is perhaps one of the best ways to compliment your flight booking to Hong Kong.

Victoria Central Business District – A simple walk through the Victoria Central Business District is enough to give you an idea that why Hong Kong is one the most prominent financial hubs in the world. You may stumble upon a few colonial buildings in the area but most of the old ones have been replaced with new ones with skyscrapers rising high at almost every part of the neighborhood.

You can also take some time out and check out the nearby Zoological and Botanical Gardens and the very famous Bank of China skyscraper, which until a point of time use to be the tallest building in Hong Kong and still continues to be one of the tallest across the globe. One of the oldest and largest Chinese temples on the Hong Kong Island, the ‘Man Mo’ Temple is also in Victoria.

Wong Tai Sin Temple – Located in Kowloon, Wong Tai Sin is one of the newest and impressive Temples in Hong Kong. Built in 1920, the temple was originally built as a private structure which was later replaced in 1968 with a new building. This new building is what is available to the visitors today.

The complex is built of various buildings including the Good Wish Garden, the Hall of Three Saints and one more hall dedicated to Confucius and his 72 disciples. If this temple happens to be on your checklist, please note that it is customary for the visitors to donate some small amount towards the maintenance of the temple.

Tsim Sha Tsui - Tsim Sha Tsui is the entertainment and shopping hub of Hong Kong. Nathan Road is the primary attraction of the area with many restaurants, boutiques and a variety of vendors. Nearby Canton Road will live up to Hong Kong’s luxury promise offering a number of high-end retailers. At the southern of the area, you can find the famous Hong Kong landmark the former Kowloon-Canton Railway Clock Tower.

Avenue of Stars – Running along the waterfront of Tsim Sha Tsui, Avenue of Stars is a promenade paying tribute to city’s some of the greatest film stars such as Martial Arts king ‘Bruce Lee.’ Much similar to the Walk of Fame in Hollywood, it features some of the most prominent Chinese performers of all time.

The Avenue of Stars is just a portion of the much bigger and longer waterfront promenade which is a popular spot for jogging, walking and hanging out, being one of the few open spaces in the area.

Book low-cost flights to Hong Kong with Lookupfare.  Check out our last minute travel deals and choose from a broad range of travel offers. Make your online flight booking with us to make your trip to Hong Kong a special one.