Things to Do in Nashville

Athens of the South

Nashville is the capital of Tennessee and the ‘Country Music Capital’ of the World. Modern Nashville still has plenty of its country music, cowboy boots and honky-tonks persona, but is now rapidly developing into a culturally rich and sophisticated hub. From the vibrant neon lights of Lower Broadway, to indie coffeehouses, innovative bakeries, breweries and distilleries- there’s plenty to do, see and experience in Nashville! In recent years, several major corporations including Dell, Nissan, GM Motors, Google and Lyft have based their operations in and around the city. Today, Nashville is a popular tourist destination and is known for being fun and enjoyable. To know more about the most enjoyable things to do in Nashville, do take a look at our list below.

Doff your hat to the legends of country music at this monumental museum, which houses important memorabilia, including Carl Perkins' ‘blue suede shoes’, Elvis' Cadillac and gold piano, and Hank Williams’ western-cut suit with musical note appliqués. The museum recently underwent a USD 100 million expansion and its most popular attractions include the 800-seat CMA Theater and the Taylor Swift Education Center. You can access a variety of recordings and photos from the archives and the audio-tour includes narratives by contemporary stars.

The former home of country music superstar Barbara Mandrell- The Fontanel Mansion is the largest log cabin in the world. Explore the mansion on a guided tour, where your guide is most likely to serenade you with an original song, and be prepared to marvel at the architectural mastery of the cabin. The estate also includes an outdoor amphitheater, a winery, distillery, a small inn, hiking trails and a zipline. The tours are about an hour long, and advance reservations are recommended. 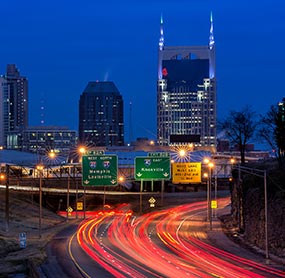 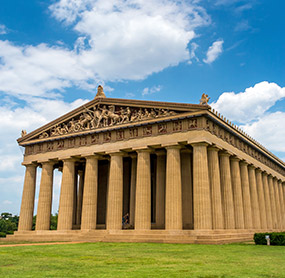 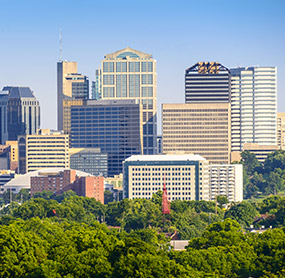 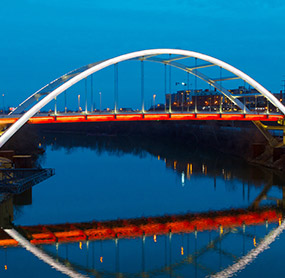 A cedar and limestone-speckled grove marks the ‘Slaughter Pen’- so named as this was the site where Union soldiers were penned in and gunned down by Confederate soldiers during the Battle of Stones River. Take a self-guided tour through this historic site, where one of the bloodiest battles in the Civil War was fought. The adjoining cemetery has graves of more than 6,100 Union soldiers, while the ‘Cherokee Trail of Tears’ is the original path through which thousands of Cherokee Indians were forced to march further west in the 1830s.

A science museum for children that has 175 interactive exhibits- The Adventure Science Center is one of the coolest places to visit if you’re travelling with children. The various themes reflected in the exhibits range from biology and physics, to visual perceptions, energy and earth science. The highlight of the museum is the 75 foot-high Adventure Tower, which children can scramble up. The tower has a number of interesting exhibits. Biology is the highlight of the appropriately-named ‘Bodyquest’ exhibit, where children can literally explore the inner workings of the human body by clambering through an oversized model. The Sedekum Planetarium is a good way to learn about the various constellations that dot the night sky. Experience weightlessness like the astronauts at the ‘Space Chase’-where you can also embark on a moonwalk!

The fort was built by more than 2,700 runaway slaves and ‘free-blacks’ when the Union Forces captured Nashville in 1862. The fort spans four acres and the base is secured by a fortified hill. Learn about the fort’s history through an interpretative tour, and climb up the trail to experience the fort’s most majestic views.

Hang out with meerkats, cougars, flamingos, giraffes and kangaroos at the zoo, which is split up into enclosures that resemble the animals’ natural habitats. Children will love the 66,000 sq. ft ‘Jungle Gym’-where they can swing around a-la Tarzan, or make a beeline for the Soaring Eagle Zip line that offers a birds-eye view of the zoo.

Popularly known as the ‘Mother-Church of Country Music’- The Ryman Auditorium has hosted some of country music’s most iconic performers, including Martha Graham, Elvis, Katherine Hepburn and Bob Dylan. The auditorium was originally planned as a religious space by its founder Thomas Ryman, who had the structure built in 1892. The auditorium can seat more than 2,000 and attending a concert here is definitely one of the best things to do in Nashville.

This historic house dates back to 1799 and was home to John Overton, who was the Tennessee judge and businessman and the founder of Memphis. The house has served as the headquarters for Confederate General- John Bell Hood, prior to the Battle of Nashville. Step back in time on an interpretative tour, during which you can view numerous personal items belonging to the Overtons.

If you can’t wait to explore the Country Music Capital of the World, do make sure to check out Lookupfare’s OTA. From cheap flights to Nashville to the very best hotel deals, you’ll find everything you need for a memorable, relaxing stay!