Things to Do in Moscow

Things to do in Moscow

Moscow, the capital of Russia, is counted among the biggest cities in the world. The city consists of numerous historic buildings and is a great example of how the old and the new can blend-in perfectly to create something beautiful. Moscow is home to GUM— one of Europe’s largest shopping centers. The complex is also famous for its exquisite architecture. Moscow has different modes of public transport making it very convenient for travelers to explore the city. Bus service, metro service, trams, cab service, trolleys, car rentals are there at your disposal.

Saint Basil's Cathedral - The Saint Basil’s Cathedral, bright and beautiful, is a grandiose church located at the Red Square. One that is an absolute must in your list of things to do in Moscow. Registered as a UNESCO World Heritage Site, Saint Basil’s Cathedral is one of the most recognized landmarks in the world. Built in the image of a rising bonfire, its architecture is very different from traditional Russian architecture. It was constructed in the 16th century.

Red Square - The Red Square is where the country’s most significant landmarks are situated. Given the status of being a UNESCO World Heritage Site, Red square is famous for the massive military parades that showcase Russia’s strength. Along with housing the GUM shopping center, Lenin’s tomb and the State Historical Museum; Red Square is popular amongst travelers for rock concerts, various festivals and other lively events. Strolling around at Red Square, exploring the place, is one of the coolest things to do in Moscow. 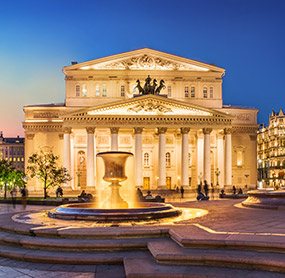 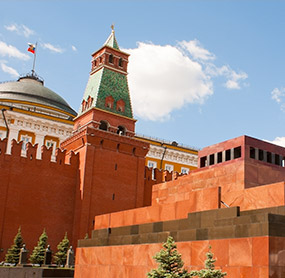 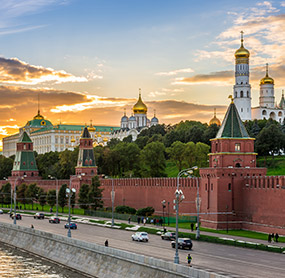 Moscow Kremlin - The Kremlin is where the official residence of the President of the Russian Federation is located. In addition to this, the complex comprises of 4 cathedrals, 5 palaces and the Kremlin walls with the towers. This ‘fortress inside a city’ is one of the most amazing things you’ll see in Moscow.

Neskuchny Garden - Neskuchny Garden, a refreshing piece of greenery, is the oldest park in the city. This 18th century park spans over an area of 40.8 hectares. One of Europe’s largest amphitheaters, Green Theater, is located in the park. Currentyl, it has the seating capacity of 5,000. Green Theater is used as a venue for music concerts, plays and other performing arts events. Taking a stroll through the park is one of the most soothing things to do in Moscow.

Tretyakov Gallery - State Tretyakov Gallery, an art gallery, was founded in 1856. The gallery’s collection consists of more than 170,000 pieces of art mostly by talented Russian artists. These artworks cover everything, from religious paintings to modern art. Along with regular exhibits, the art gallery features group tours, audio-guided tours, souvenir shops, restaurant & café and a children’s studio. Its children creative center allows kids to discover their artistic potential and gives them a chance to study different painting techniques.

Pushkin Museum - Pushkin State Museum of Fine Arts, commonly called Pushkin Museum, holds the record of being the largest museum of European art in all of Moscow. The museum’s premises is used as a venue for Svyatoslav Richter's December nights, an international music festival. The museum’s collection consists of a Fine Art Collection, a Numismatic Collection and an Archaeological Collection.

Good food is an important part of a great vacation. One of the most delightful things to do in Moscow is to spend some time at the restaurants or bars, satisfying your taste buds. A few spots for you to visit- Breakfast Club, Lodgepole, Maialina Pizzeria Napoletana, City Space Bar & Restaurant, Mendeleev Bar Restaurant, CD's Smoke Pit & Catering, Delight Moscow Bar, Darling I'll call you back, Mikey's Greek Gyros and Nectar Restaurant & Wine.