Things to Do in Dallas

Dallas is the largest and most populous city in the Dallas- Fort Worth metroplex, and is located in the north-central region of Texas. The city has gained recognition on a global scale for being home to ‘The Dallas Cowboys’ and the team’s cheerleaders, as well as the eponymous television series named ‘Dallas’. Today, the city of Dallas is known for its eclectic dining and cultural scene, and excellent collection of museums, as well as its arts district which is the country’s largest. Dallas also has more malls, per capita, than any other American city, making it a Mecca for shopping-addicted travelers. If you need some help with planning your upcoming trip to this vibrant city then make sure to take a look at our list of the best things to do in Dallas.

The Sixth Floor Museum is located, quite unsurprisingly, on the sixth floor of The Dallas County Administration Building. The museum is famous for being the site from where Lee Harvey Oswald assassinated the former US President – John F. Kennedy. The museum’s exhibits tell the story of the former president’s remarkable life, times and legacy through a number of historic films, photographs, artifacts and interpretative displays. A dedicated webcam is focused on the sniper spot. Explore this museum on a self-guided cell-phone tour and discover why it ranks so highly in the list of the best things to do in Dallas. 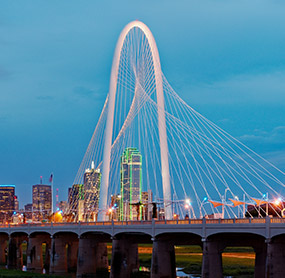 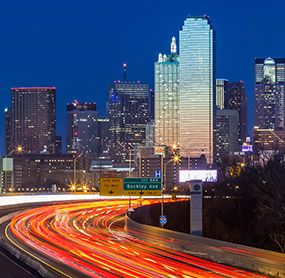 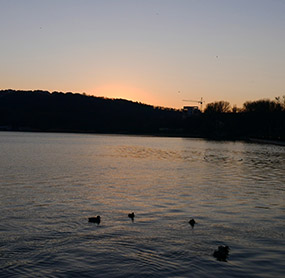 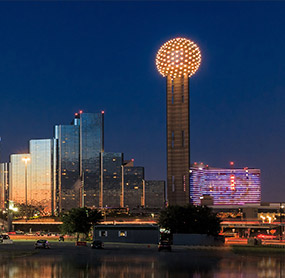 Dallas's long association with American presidents continues with one of the city's most famous residents - George W. Bush, who currently resides in Dallas. The Presidential Center is located on the campus of the Southern Methodist University and has a library occupying an area of 207,000 sq ft., making it the second-largest presidential library in the country. The library also has a full-size replica of the 'White House Oval Office' and has 43,000 artifacts including steel from the World Trade Center, and the bullhorn used by the former president to address the public at Ground Zero. Visitors can also view all the gifts the former president received while in office. Watch out for the 'Decision Points Theater' in the library - a high-definition video wall, where you can get an inside view into how George W. Bush based his decisions on transformative global events - including '9/11' and the 'Iraq invasion'.

Dealey Plaza and the Grassy Knoll

Dealey Plaza is a designated National Historic Landmark and is the site where the former American president - John F. Kennedy was shot dead in November 1963. Even today, the plaza looks much like it did on the day of the president's assassination. Expect to see streetlights and signs that date back to 1963, and the historic buildings which are especially striking against the ultra-modern Dallas skyline. The Grassy Knoll is a small hill located inside the plaza, where several witnesses to the president’s assassination were situated. The hill is especially significant since several witnesses report hearing shots fired from here, in addition to those fired by the president's assassinator- Oswald.

If you’ve had your share of assassination conspiracies and White House-related trivia, take a break and indulge your creative sensibilities at the Dallas Museum of Art. Located in the Arts District in Downtown Dallas, the museum’s building has been designed by the award-winning architect - Edward Larrabee Barnes. Visitors can browse through a collection of more than 24,000 objects, which date back to the third millennium, BCE. The exhibits are divided into African, American, Ancient Mediterranean, Asian and Contemporary collections, and include pieces as diverse as the 'Gandharan Buddhist art' to works by Jackson Pollock, Cindy Sherman and Andrew Wyeth. Keep an eye out for Edward Hopper’s famous-'Lighthouse Hill', Rodin's 'Sculptor and His Muse' and Fredrick Church’s 'The Icebergs'. Also stop by the villa that is modeled on the Coco Chanel’s Mediterranean home - where on display are paintings by the late British Prime Minister- Winston Churchill.

Dallas can sometimes be a little overwhelming, and a day at this pristine oasis of calm is just what you need to rejuvenate. The Thanks-Giving Square comprises of a landscaped meditation garden and a small non-denominational chapel. The chapel’s ceiling contains the stained glass 'Glory Window', which is one of the world's largest horizontally mounted stained glass pieces. The triangular plot of land was designed by Philip Johnson, where people from all religions and cultures are welcome to share their thoughts and spirituality. The space is truly tranquil and has been especially designed to block out external noise. 'The Hall of Thanksgiving' narrates the story of the country's Thanksgiving tradition and has several artifacts including the 'Book of Prayers' and Presidential Proclamations.

Are you eager to explore Dallas's intriguing sights, sounds and experiences? Make sure to check out Lookupfare's OTA, to find the best cheap flights to Dallas, and sit back and enjoy the most relaxed and fuss free holiday experience of your lifetime!