Things to Do in Boston

The City on a Hill

In addition to being the capital city of Massachusetts and the largest city in New England,  Boston is also one of the most historic, affluent and influential cities in America. The city has a vibrant arts scene, giving rise to its 19th Century moniker of ‘Athens of America’. The arts still run through the city’s veins, pooling in its several museums and arts galleries, as well as in its live-performance spaces. Boston’s neighborhoods are diverse and eclectic, and many were towns in their own right before becoming a part of the city. The city is also passionate about sports, as is evident in its accomplished professional and college sports teams. The city also hosts the country’s oldest running event – ‘The Boston Marathon’ as well as the world’s largest two-day rowing event- ‘Head of the Charles Regatta’. If you’re eager to a trip to this gorgeous city, make sure to first check out our list of the best things to do in Boston.

No doubt you’ve read about ‘The Boston Tea Party’ event, which irrevocably reshaped the country’s narrative and timeline. You can actually visit the site where the rebelling colonists emptied 342 chests of tea into the Boston Harbor. Replica Tea Party ships let you relive this historic moment, while the several interpretative exhibits at the neighboring museum let you explore the events that shaped this event, as well as its impact. Don’t miss the actual ‘Robinson Half Chest’, which dates back to the 1773 protest and witness a virtual debate between Sam Adams and King George III which gives you a more wholesome view of the event. The museum also has several entertaining re-enactments by professional actors. A multi-sensory documentary called ‘Let It Begin Here’ is an important part of the museum experience. A visit to Boston’s top rated museum is definitely one of the most interesting things to do in Boston. 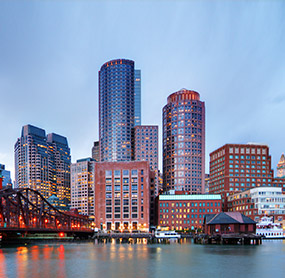 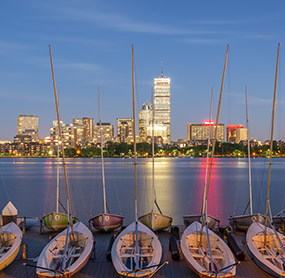 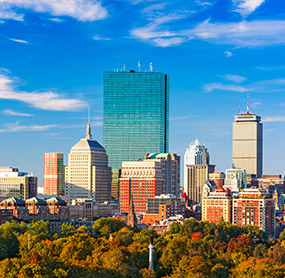 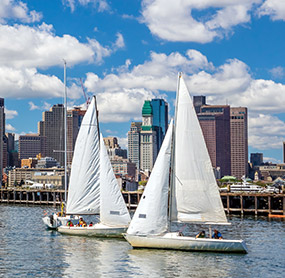 Harvard University is America's oldest college and is something of a national icon. The university was founded in 1636 to educate Puritan ministers. Ever since, Harvard University has come to be regarded as one of the world's most prestigious educational institutions, and has produced eight American presidents, 62 billionaires and 130 Nobel laureates. The 209-acre campus is built around 'The Harvard Yard' - the historic center and the oldest part of the current-day university. Free student-guided public tours are conducted in the yard during which you can learn about the history of this institution and its various traditions. Don't miss the large statue of John Harvard, which aspiring students often take a photograph with, believing it will bring them good luck. Another version of this tradition has seen students rub the statue's shiny shoe for luck!

Although it may seem a little counterintuitive to spend your holiday visiting a library, the Boston Public Library is quite unlike anything you've ever seen and is one of the most culturally and historically significant buildings in the city. The library was founded in the year 1848 and is considered to be one of the major reasons contributing to Boston's reputation of 'Athens of America'. It houses a collection of more than 23.7 million items, including 1.7 million rare books and manuscripts. Expect to find several medieval manuscripts here, including early editions works of William Shakespeare and the personal library of John Adams, among many others. The library also has an extensive music collection and has the 'Handel and Haydn Society' archives, and the renowned composer - Walter Piston's papers and grand piano! The McKim Building is especially known for its exquisite architecture and has been designated as a National Historic Landmark. It has several restored murals and monumental inscriptions, much like those found in the basilicas of ancient Rome. Explore the museum on a self-guided tour or join the free guided tours that are available at the entrance hall.

The church was designed by the famous Henry Hobson Richardson and is considered the birthplace of the 'Richardsonian Romanesque' architectural style, which was soon adapted for numerous public buildings across the country. This style is typified by the building's clay roof, polychromy, heavy-arches and its large tower, as well as its liberal use of rough stone.  The Trinity Church's choir holds a special pride of place in Boston's music scene and has produced several critically acclaimed recordings. If you happen to be in Boston in December, do attend the choir's candlelight carols, which are considered a signature Boston tradition. Trinity Church's original organ dates back to 1876, and was built by Hilborne L Roosevelt. The church's stained glass windows and murals are especially eye-catching, and have largely been designed by artist- John LaFarge. Free architectural tours of the church are conducted on Sundays, after the Sunday service. The church has also featured in the popular crime film 'The Boondock Saints' as well as the video game- 'Fallout 4'. A visit to the Trinity Church is definitely one of the most interesting things to do in Boston, especially if you're looking to explore the city's cultural roots.

If you're planning a trip to this bustling yet undeniably warm city, and are eager to make the best of its sights, views and experiences- then look no further than Lookupfare's OTA. Browse through the best cheap flights to Boston and sort through the best hotel deals in the city - you'll be delighted to find just how relaxed, enjoyable and fuss-free your holiday planning can be!