Things to Do in Auckland

A diverse and multicultural city, Auckland is classified as a Beta World City because of its influence in economics, commerce, media, fun, arts, learning, and tourism. The city is home to many famous landmarks and notable attractions such as museums, parks, restaurants and theaters. It is located in the North Island of New Zealand and is the most populous urban area in the country.

Auckland has frequently ranked among the world’s most livable cities. The city is blessed with majestic scenery. For adventure and culture lovers, the city has a lot to offer including the perfect mixture of Maori, European and Asian influences. Once you book cheap airline tickets to Auckland, don’t forget to check out some of the best things to do in Auckland to make your visit more enjoyable.

Auckland Festival: An annual arts and culture festival, features works from New Zealand, Asia, the Pacific and from other places. The festival is usually held in New Zealand’s largest city, Auckland. Many world premieres of new works and international performing arts events are highlighted during the event. The principal purpose of the celebration is to engage people in the arts, to support the emerging artists and to reflect the uniqueness of the city. About 100 programs including dance, music, ballet, theater, films, etc are featured here.

Auckland Domain: This is Auckland’s oldest park and home to city’s major tourist attractions. It is situated in the central suburb of Grafton and is famous for hosting many of New Zealand’s outdoor events. Some of the major events are ‘Christmas in the Park’ which has drawn almost 2 million attendees, ‘Symphony under the Stars’ and the ‘Teddybears Picnic.’

Auckland Art Gallery: A public gallery with a broad collection of national and international art in New Zealand. The art gallery frequently hosts traveling international exhibitions. The Auckland Gallery initially displayed European old master collections of the 19th century but today the collection has expanded to over 15,000 artworks including a wide range of periods, styles and media. 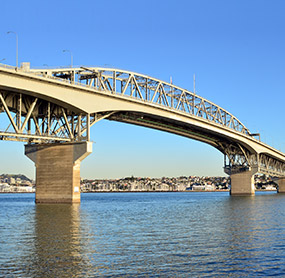 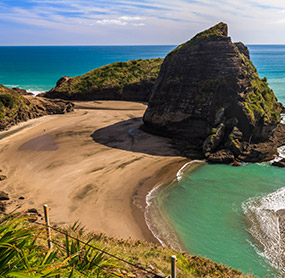 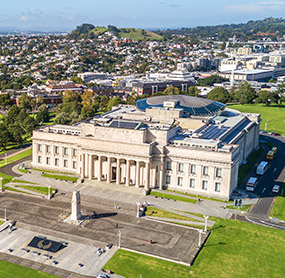 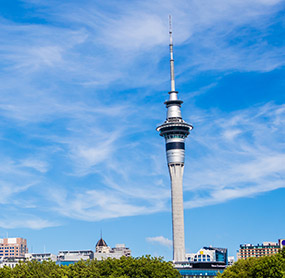 Pasifika Festival: Celebrated since 1993, Pasifika Festival is held annually in Western Springs, Auckland City. It is the largest carnival of its kind in the world which attracts more than 2.25 million visitors every year and is one of the best things to do in Auckland. The festival is famous for presenting a broad range of cultural programs, including the traditional cuisines and performances.

New Zealand International Comedy Festival: Started as a two-day event; the NZ International Comedy Festival is now held simultaneously over three weeks in Auckland. The Festival typically begins in April and runs through May. It is now recognized as a major worldwide event with the total attendees above 100,000 annually. Over 200 shows and around 250 performers including emerging artists, veterans and stars of comedy world are featured during the festival.

Auckland CBD: Commonly called as the Central City or Downtown, CBD is the commercial part of the Auckland urban area. It is famous for having the city’s largest group of skyscrapers which make the skyline beautiful. The Auckland CBD is also surrounded by the suburban areas, harbor coastline and major motorways.

Auckland War Memorial Museum: Also known by the name Auckland Museum, it is one of the New Zealand’s most notable museums and war memorials. The collections concentrate on New Zealand’s history, natural history as well as the military history. It is also one among the most iconic buildings in Auckland, styled in neo-classicist and constructed on a green pedestal in the Auckland domain. The museum showcases the collection of Maori and Pacific Island artifacts and Resources. A collection of over a million images and natural history exhibits of botany, entomology, geology, etc. are displayed inside the museum. Many war pieces are also kept there. The museum offers special exhibitions too.

Auckland Marathon: An annual marathon running race mostly held in October, or early November of each year. The main feature of the event is a climb of 33 meters to the highest point. This year, the competition is scheduled to be held on Sunday 29 October 2017. Book low-cost airline tickets to Auckland and view the live marathon this year with thousands of spectators from all over the nation.

Auckland Zoo: Situated next to Western Springs Park, Auckland Zoo exhibits native New Zealand’s flora and fauna. The zoo plays a part in the conservation of New Zealand species, research and education. Currently, it is home to over 875 individuals representing 138 species. The zoo is organized into exhibition areas by region of origin, taxonomy or biome which include Elephant Clearing, Hippo River, Aussie Walkabout, Orangutan Trail, The Rainforest, The tropics, Kidzone, Pridelands, Sealion and Penguin Shores, Te Wao Nui, Tiger territory and many other animals.