Safe Places To Visit In The Middle East

Whenever we hear of Middle East, a cold shiver runs down our spine. We are filled with fear because of the things we have heard about the Middle East. The region is infamous for the unparalleled number of terrorist cases. Countries like Iraq and Iran are declared war zones cordoning it off from the travelers reach.

The Middle East is home to over 20 countries. A region that has now become a breeding ground for terrorism. However, there are still some places in the Middle East which are safe to travel. Sadly, they never make it to the list of places to explore because of their location in the Middle East. Thus, it remains devoid of tourists even when they have everything to appease a traveler.

Considering the same, we have prepared a list of cities in the Middle East that are completely safe to explore and every bit travel worthy. So, book airline tickets and visit these safe cities in the otherwise troubled Middle East. 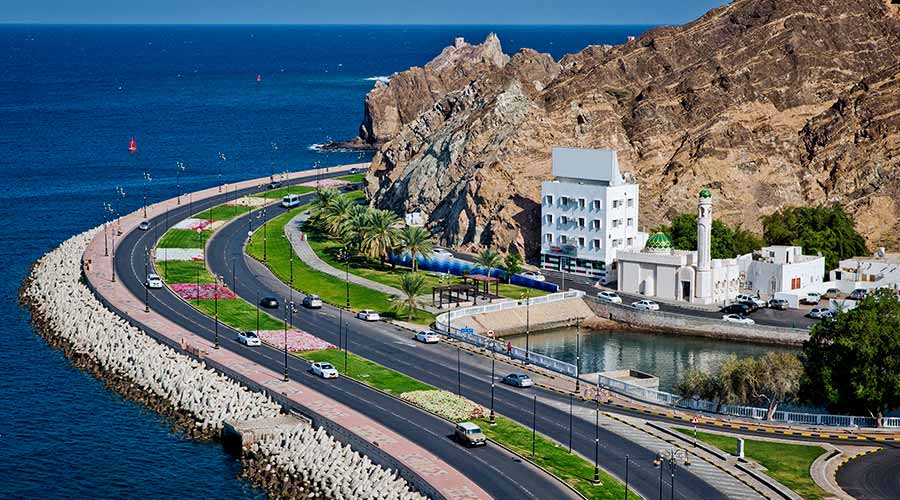 The city has some very attractive tourist spots and ample of things for visitors to indulge in. Travelers can hike up the Hajar Mountains and enjoy the morning sun or visit the "Empty Quarter," located west of Muscat to witness the endless desert expanse. The city is home to the beautiful Mutrah Corniche that stretches up to 1.8 miles along the Gulf of Oman. It is speckled with international restaurants, souks, fish markets, and traditional "Dhow" boats. 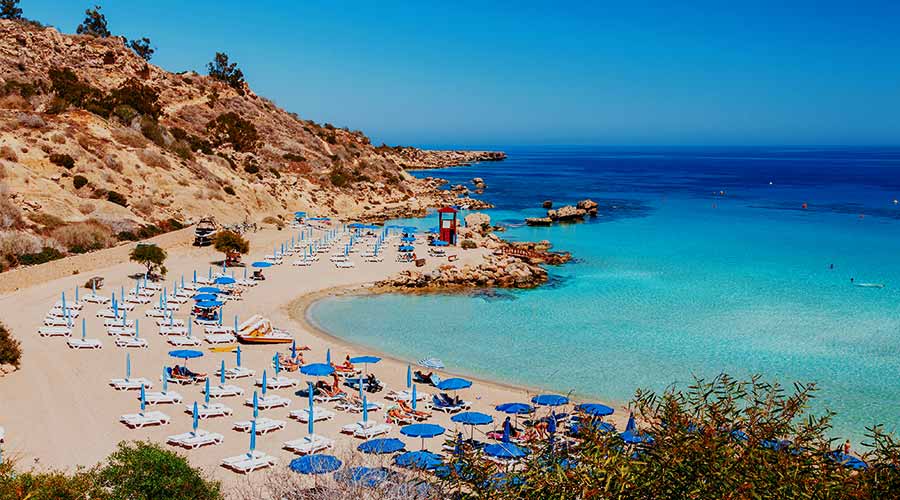 Located in the small Island country of Cyprus, Ayia Napa is a resort town. The security of its patrons ranks high in Ayia Napa, making it one of the safest places to visit in the Middle-East. The city is a treasure trove of excellent beaches and caves. Tourists can try their hands at diving as the city has multiple diving spots. Ayia Napa also buzzes with some of the most amazing beach parties. Book a hotel in Ayia Napa and experience the thrill of partying in this Middle Eastern city. 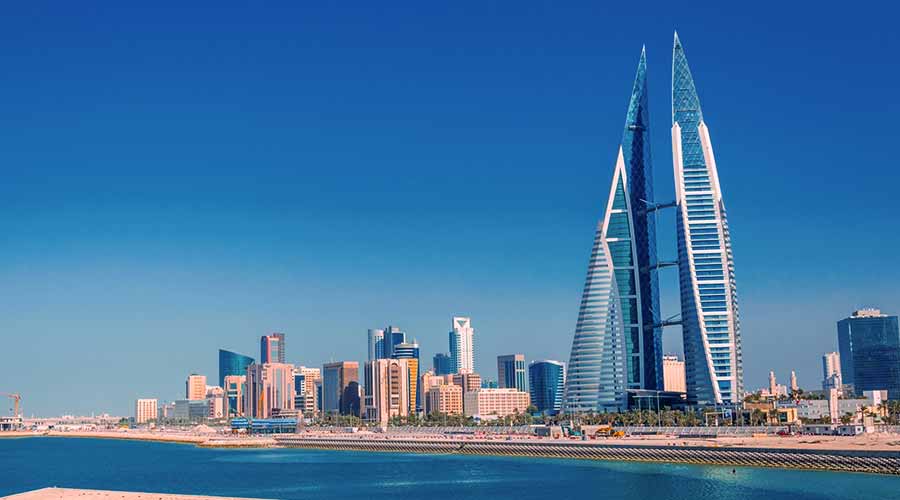 Manama is the capital city of one of the smallest countries in the world - Bahrain. Bahrain's economy majorly relies on tourism because of which travelers' safety is very well cared for by the government. Extremely liberal and much more open-minded than its neighboring Arab countries, Bahrain is a combination of Arab and Persian culture which reflects quite clearly in its capital city. Manama has beautiful mosques that are truly majestic. Al Fatih mosque is a prime example of Manama's architectural wonders. The Bahrain National theatre is an avant-garde spectacle that shows the cities love for everything art.

Despite its various tourist attractions, Manama is perhaps most famous for its extraordinary wild nightlife. An Arab city where alcohol is legal for everyone, Manama is a party haven in the Arab region of Middle East. The city is known for hosting fun parties with world renowned DJs working their magic. There are also many karaoke bars and pubs with live music performances. Browse online for the best flight deals for your trip to Manama and explore this party haven. 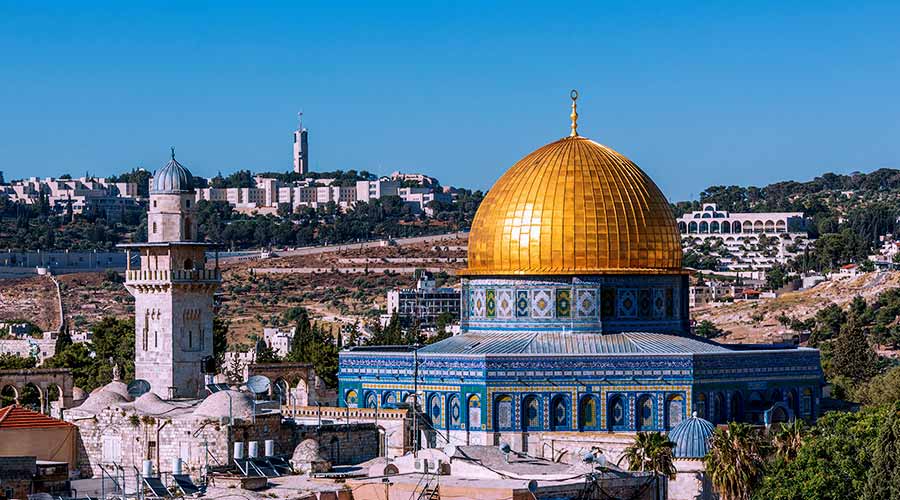 Almost all Middle Eastern countries are dominated by Islamic population; thus influencing the culture, architecture, and laws to the point where most of these countries have turned into mirror images of each other. However, the city of Jerusalem stands out for its tolerance and love for Islam, Judaism, and Christianity. The walled city witnesses innumerous pilgrims that flock to pray at the many places of worship speckled throughout Jerusalem. Al Haram Ash Sharif is the third holiest site for Muslims after Mecca and Medina. To Jews, Al Haram Ash Sharif is known as Har HaBayit or simply Temple Mount and is the holiest site in Judaism. Despite the city being so religious, it doesn't cater to just pilgrims. The religious buildings in themselves are architectural marvels and popular tourist attractions. The 2000-year-old Western Wall brings tears to the eyes of pilgrims but doesn't fail to render tourists speechless.

The city has pubs in the downtown area and, in spite of being deemed a religious city, Jerusalem doesn't shy away from partying or drinking. 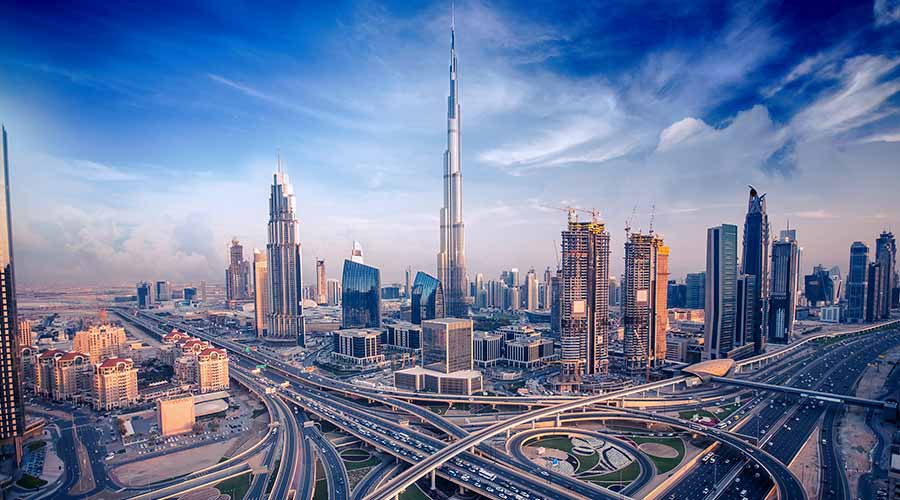 A city born out of a desert, Dubai is a total man-made marvel and just goes to show the heights humans can reach when they are motivated in the right way. Home to some absolutely stunning buildings, Dubai has ample of tourist spots and is safer than a lot of western metropolitan cities. Popular tourist attractions include Burj Khalifa (the tallest building in the world), Dubai Mall (arguably the largest mall in the world), JW Marriot Marquis Hotel (tallest hotel in the world), and Dubai Mall Aquarium (the second biggest aquarium in the world). The city's brilliant innovation and spirit can be seen in the Palm Jumeirah Islands which are man-made and owned by some very influential people.

Apart from the above mentioned popular spots, Dubai also has ample opportunities for adventure enthusiasts. With options ranging from sky-diving to snorkeling, this city offers only the best. Oh, we almost forgot, you have to shop in Dubai, they have the best prices on electronics, clothes, and gold! 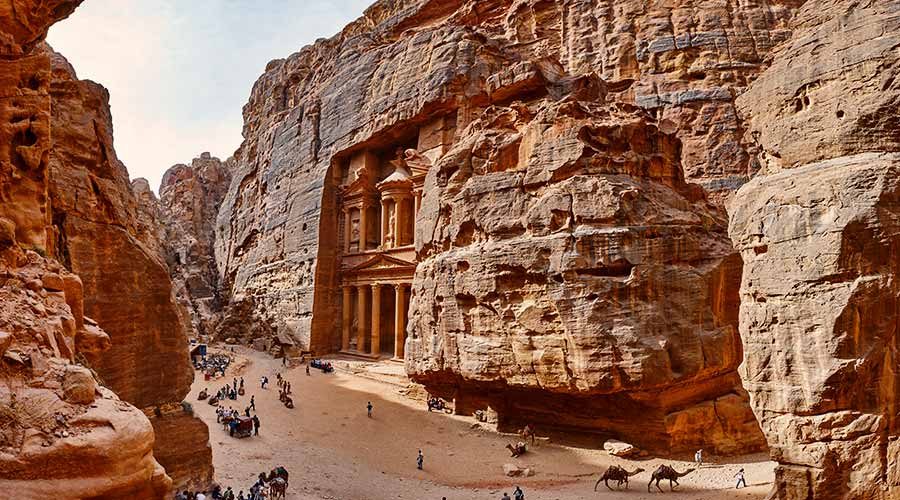 This ancient city, located in Jordan, was named after the Greek word for rock. The city was carved right out of stone and has made humans feel spellbound with its sprawling ancient architecture. Petra is Jordan's best tourism spot and the safety of tourists traveling to Petra is taken very seriously. The city, with its mesmerizing ruins, rock formations, and ancient architecture was selected as one of the New Seven Wonders of the World. If you are here, do not miss the Petra Night show. The Petra Night Show takes visitors on a tour of the ruins during the night where 1500 lit candles just make it look even more beautiful. Book cheap plane tickets to Jordan and witness a true wonder.