Beautiful Places To Visit On The East Coast

Traveling is one of the most mystifying and exquisite experience known to humans. What is it about traveling that makes us crave for it is a question that I often think of. After traveling for so many years I have finally realized that the charm of traveling is in exploration. It is about getting to know the locality, the culture, and the people intimately. Through traveling we ease our worried mind. We empty it of all nuisances and troubles and fill it instead with wonder and amazement.

The earth, from a traveler's perspective is abound with unique experiences. Every mile, the scenery changes and so does the feel. I will go far enough to say that no two points on this beautiful blue planet of ours are exactly the same. To honor this, we bring to you a list of beautiful places on the East Coast that everyone should visit. The east coast is humongous and, therefore, its beauty varies. Where a city like New York astonishes you with its modernity and architectural significance, a city like Miami takes away your heart with its energy filled beaches and sun kissed weather. Get last minute flight deals and travel to these cities on East Coast. Without any further ado, the following are the most beautiful places to visit on the East Coast: 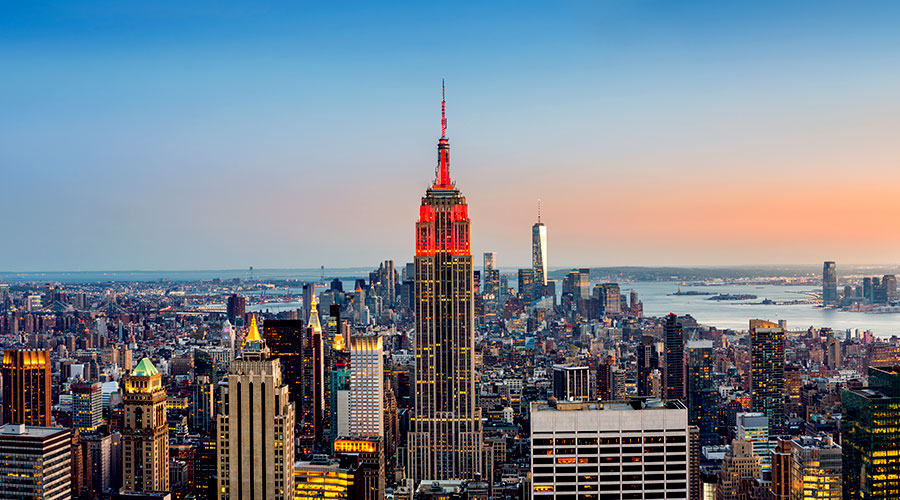 With a skyline that will make any other city envious, New York City makes its visitors filled with awe and bewilderment. The labyrinthine streets and the "live and let live vibe" leads to experiences that you could never have dreamed of (we mean only in the good way). Visit the iconic attractions such as Statue of Liberty, Ground Zero, or the Empire State Building or just walk the streets of Times Square while enjoying a slice of pizza from Ray's. Another must do thing while in New York is taking an evening stroll through the picturesque Central Park. Central Park boasts of lakes, an ice rink, and a zoo. If you are not fond of walking then rent a bike and pedal through the winding paths of this world famous park.

Known as the Athens of America in the past, Boston is one of the most culturally rich cities in America. The predominant college town with the likes of Harvard and MIT existing inside its city boundary, Boston is a city of intellectuals. The college crowd brings with it a vibe that is full of life. This liveliness can be seen especially once the sun sets. The students of these prestigious institutes come out on to the streets and make their way to the bolstering nightclubs. Follow them for a night of unstoppable fun and dancing.

Apart from this, Boston has a wonderful art scene. The city has a thriving street art culture and finding an exquisite mural or graffiti is not at all uncommon. Visitors should also dwell in the culinary expertise of this gorgeous city. Try the seafood here, Bostonians swear of it on their honor after all. One must thing to enjoy while in Boston is the love of locals for sports. Watch the legendary Celtics play or just participate in the world renowned Boston Marathon. 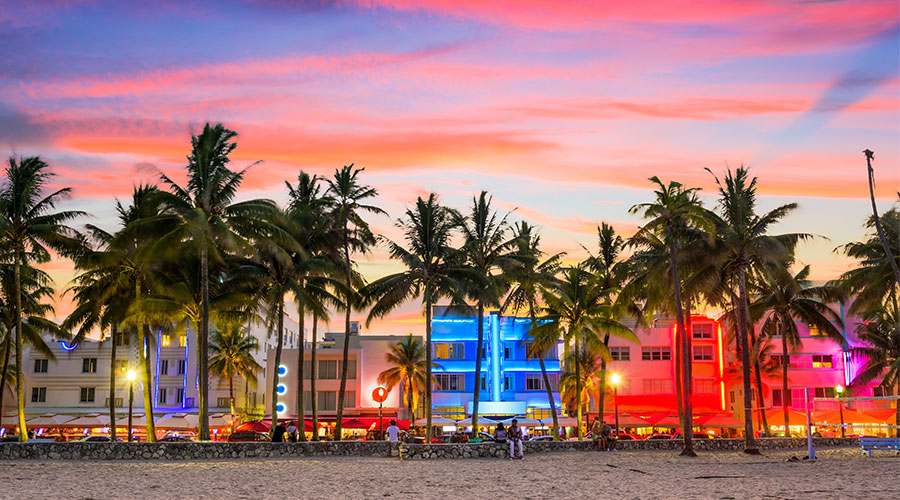 Miami is the most lit city in US, hands down. Everything about the city brings out the party animal in you. The city reeks of fun and the vibe you get here is unparalleled. With year round sun shining on this East Coast city, visitors can always be outdoors without worrying about the weather. Whenever anybody mentions Miami, people just think of the beaches. However, Miami is much more than its dazzling beaches. The city has one of the largest collection of art-deco buildings in the country. It also has one of the most diverse populations on the planet with a presumed 150 ethnicities residing here. This has a direct effect on the culture and food of Miami. You can eat authentic Japanese food in the morning and then go on to treat your taste buds to scintillating Cuban food in the afternoon. That is how easy it is to switch between cuisines here.

Then, of course, there are the beaches. The godly beaches of Miami city. With white satin sand and aquamarine colored waters, each beach offers a different feel. Some are pet friendly such as the Haulover Beach and some are public party spaces such as the South Beach. In fact, the beaches of Miami are so attractive that you can very easily and very often spot celebrities basking in the sun or taking a dip in the sea. Rent a car while you are in Miami and visit every beach in the city. 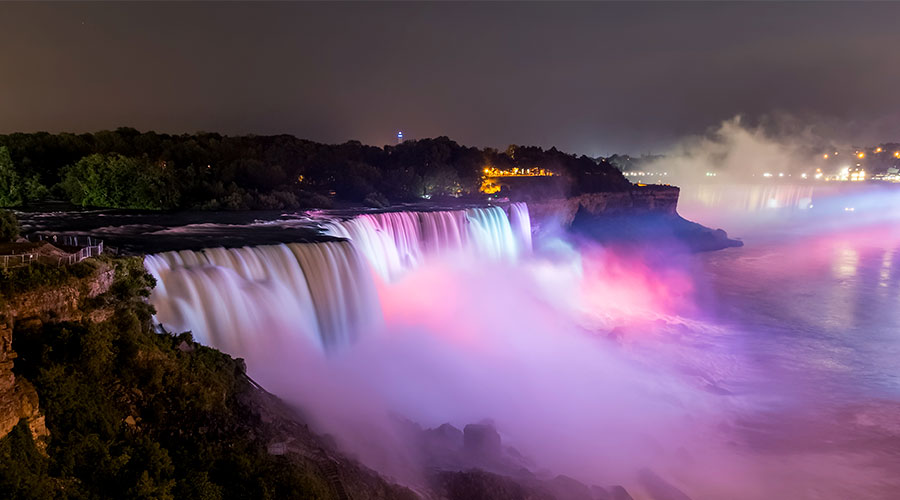 Buffalo might look like a quaint town but don't judge a book by its cover. Known to have one of the greatest LGBTQ night scene, this northern city boasts of high end gay clubs and a thriving nightlife. However, that is not what the city is known for. The city is known for its natural attractions. One of which happens to be the most famous waterfall- Niagara Falls. The humongous waterfall pulls crowds from all over the world and you can find travelers in the city at any time of the year. The city also has dense covers of forests that lead to spectacular trails and off-beat camp sites. Make hotel booking in Buffalo and experience the might of nature. 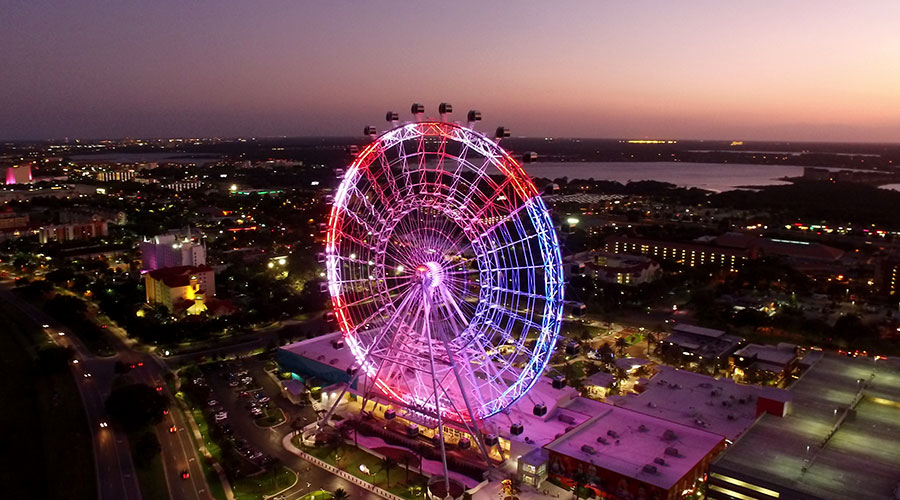 Orlando is a town that transports you back to your past. Not literally, of course but in the emotions. The city sends you back to your childhood, to be accurate. Known as the theme park capital of the World, Orlando is home to several state of the art theme parks and water parks. It is the only city in US where you can let your inner child take full throttle and no one else bats an eye. That is because everyone else is doing the same, letting their inner child take over at the amusement parks such as Disney World and Universal Orlando Resort. When in Orlando, you can do the boogie-woogie with Mickey or explore the magical world of Hogwarts. Here in Orlando, Donald Duck is alive and so is the world of pirates. So, book cheap flight tickets and head to Orlando for one of the most innocent and fun vacation of your life.