Things to Do in Zurich

Founded by the Romans in 15 BC, Zurich is the largest city in Switzerland. The city is a hub for railways, roads and air traffic. Despite having a relatively small population, Zurich is a leading global city and also one of the world’s largest financial centers. The city houses many commercial centers and banking giants. Most of the Switzerland’s research and development centers are located in Zurich only which attracts many national and international companies to set up their hubs here.

Zurich was also named the city with the ‘best quality of life’ in the entire world and additionally the ‘wealthiest city’ in Europe from 2006 to 2008. Many museums and art galleries can be found within the city. Before you start your journey, make sure to get to know the popular things to do in Zurich.

Kunsthaus Zurich: An art museum in the Swiss city of Zurich, Kunsthaus Zurich houses one of the most prominent art collections in Switzerland. The items displayed span from the Middle Ages to contemporary art, with much focus on Swiss art. The museum attracts millions of tourists every year. In 2013, the museum witnessed 315,000 visitors. Also, the museum collections include significant works by artists including Claude Monet, Pablo Picasso, and the Swiss Alberto Giacometti and other notable artists.

Zurich Zoological Garten: The Zurich Zoological Garden is famous for its successful Asian elephant exhibit that can be viewed from underwater too. The zoo has a collection of over 2000 specimens of more than 300 species. Many Zoogoers believe that it is the best zoo on earth for elephants. The site is also famous for penguin parade, which is performed almost daily in the afternoon.

Chinese Garden: An expression of one of the main themes of Chinese culture, it is a gift from Zurich’s Chinese partner town Kunming. The garden is devoted to the Three Friends of Winter i.e. three plants that collectively face the winter season – pine, bamboo and plum blossom. The zoo features many attractions including the surrounding wall with barred bamboo and lotus flower tiles, the leading portal which is emblazoned with calligraphy on a golden plate, meaning China Garden, a bridge connecting the pavilion’s island and the inner garden and the water palace which is called the heart of the garden. 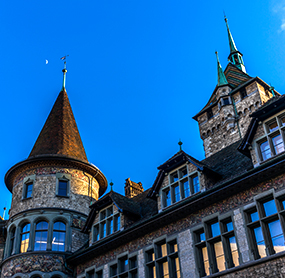 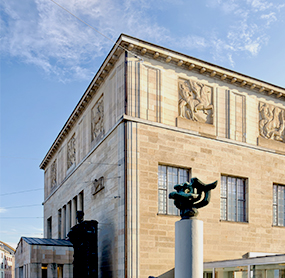 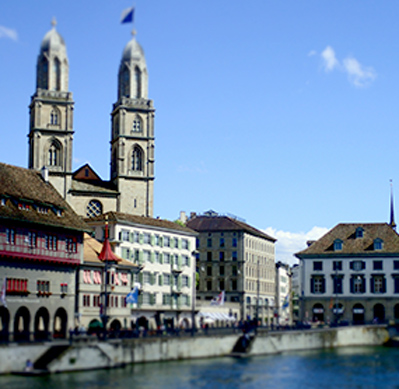 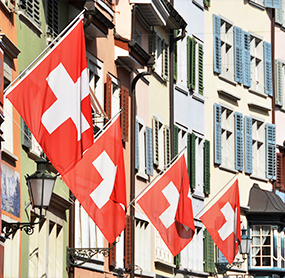 Museum of Design: This is a gallery devoted to modern plan, visual correspondence, design and art in Zurich. The Museum of Design's territory contains a display lobby, cafeteria, exhibition site, welcome zone, shop and the address corridor. The historical center has almost around five to seven fairs every year in the main area and at the gallery of the building. Shows are followed by a program of visits, symposia, board discourses, talk with specialists, theater exhibitions, film screenings, and shows. Diverse collections include poster gathering, outline collection, graphics collection and applied art collection can be found in the exhibition hall as well.

Street Parade: The most attended techno parade in Europe, Street Parade proceeds along the side of Lake Zurich. As of 2001, the street parade was one of the largest techno parties in the world and the largest annual event in Zurich. It is officially called a demonstration for freedom, love and tolerance and is attended by almost one million people. Today, the Street Parade is one among the popular street festivals, but legally it is still a political demonstration.

Grossmunster: A Romanesque-style Protestant church, Grossmunster is one of the four major cathedrals in the city. The church is notable for its twin towers which are regarded as perhaps the most perceived point of interest in Zurich. However, architecturally, the church is considered Romanesque in style and thus a part of the first pan-European architectural trend since Imperial Roman architecture. It also offers a carved portal that features medieval columns with grotesques adorning the capitals.

No Show Museum: Claimed to be the first one of its kind, No Show Museum was established in 2013. Today the museum displays around 400 works and documents from over 120 international artists of the 20th and 21st centuries. In 2015, the No Show Museum begin its first European tour in 20 countries and carried around 30 shows in museums and empty galleries in public places and remote areas.

Apart from these things to do in Zurich, there are many more famous sites which can definitely bring a smile on your face and make your vacation more interesting. Book low cost airlines to Zurich and explore all these places within your budget.