Things to Do in Rome

Rome, a city with immensely rich heritage, is a major international destination. With numerous excellent sites such as churches, roman ruins, monuments, ornate statues and decorative fountains, Rome is one of Europe’s, and world’s, most beautiful capitals. No matter which part of the planet you’re from, you’re bound to find some interesting things to do in Rome.

It is rightfully said that ‘Rome is the city of echoes, the city of illusions, and the city of yearning,’ as the history of this beautiful place spans over more than 2,500 years. Situated in the central-western portion of the Italian Peninsula, Rome is the capital of Italy. In 2014, Rome was ranked as the 14th most visited city in the world. Its historic center is listed as a World Heritage Site by UNESCO.

It was first called ‘The Eternal City’ by the Roman poet Tibullus in the first century BC. Today, Rome is also known as the ‘Capital of the World.’ After the beginning of the Renaissance Era, the city of Rome followed an architectonic and urbanistic program the promised to turn Rome into world’s artistic and cultural hub. Due to that, Rome became the first major center of Italian Renaissance, and then the birthplace of the Baroque style and Neoclassicism.

With so many beautiful sites and things to do, Rome can truly be called a ‘Capital of the World.’ To make your vacations better, we have highlighted some of the coolest things to do in Rome.

Colosseum: Also known as the Flavian Amphitheatre, Colosseum is located in the center of the city of Rome. It is one of Rome’s most famous tourist sites and a reminder of the glorious past of Imperial Rome. Today, there is a museum dedicated to Eros and is located on the upper floor of the outer wall of the building. Because of its status of being an iconic, the place has already been featured in numerous films and television series including Roman Holiday, Way of the Dragon, The Core, etc. 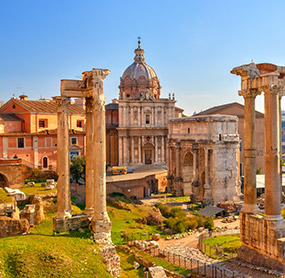 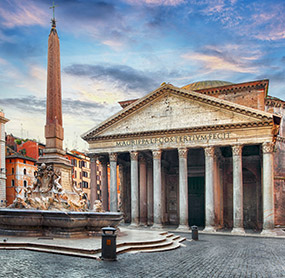 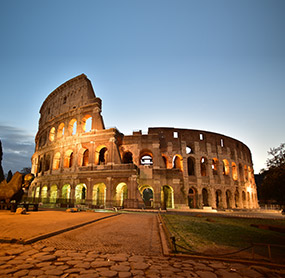 The Pantheon: A former Roman Temple, now a church, Pantheon is the best-preserved monument of Roman antiquity. The building is round with a portico of large granite Corinthian columns under a pediment – an architectural component found mostly in classical, neoclassical and baroque architecture. The style of this monument can be found in many government and public buildings including city halls, universities and public libraries of the 19th and 20th centuries.

Trevi Fountain: A 17th-century masterpiece designed by Italian architect Nicola Salvi and completed by the talented sculptor — Pietro Bracci. It is considered to be the largest Baroque fountain in the area and one of the best fountains in the world. It has appeared in numerous films. Throwing a coin into the Trevi Fountain is a tradition that almost all visitors follow. About 3,000 Euros are thrown into it each day. In 2016, almost US$ 1.5 million was thrown into the fountain.

Palatine Hill: An archeological site open to the public, the Palatine Hill is located at the center of the Hills of Rome. It is situated in the ancient parts of the city. The Hill is a lovely place for travelers to explore. Some of the highlights are House of Liva, Domus Flavia, Domus Augustana and the Baths of Septimius Severus.

Piazza Navona: Piazza Navona, is a site that always crowded with locals, tourists, street artists. Its premises also include charming little street-cafes. During winters, one of Rome’s best Christmas markets can be found at this location. The place was built in the spot where once stood a Stadium of Domitian in the 1st century AD. It features beautiful sculptures and architectural marvels. Many theatrical events and other entertainment events were held at this location. Until 1866, it was thronged by people on every Saturday and Sunday in August, in celebrations of the Pamphilj family. The Piazza Navona is featured in many literature and films.

Baths of Caracalla: Completed by Caracalla in 216 A.D., these were the second largest Roman public baths in Rome, Italy. Today, these baths are counted among the most popular tourist attractions of the city. The marble floor and walls were covered with mosaics and paintings. Even in ruins, their splendor is evident. The baths of Caracalla used to accommodate about 1,500 people at a time. This place was a complete sports center, with hot and cold baths, a swimming pool, saunas, cultural rooms, libraries, gardens, hairdressers, and shops.