Things to Do in Rio De Janeiro

Famous for its breathtaking landscape, beach culture, annual carnival, culture, and architecture, Rio de Janeiro is the second most-populated city in Brazil. The city serves as the headquarters for Brazilian oil, mining, and telecommunication companies. Because of the presence of many universities and institutes, it is the second largest center of research and development in Brazil.

Being Brazil’s primary tourist resort, it attracts and welcomes 3 million international tourists every year. World-class luxury hotels, 80 kilometers of beaches and the famous Corcovado and Sugarloaf Mountains make it one of the popular tourist destinations. Ample attractions and things to do in Rio de Janeiro ensure that the travelers go back with memories. Book cheap airline tickets to Rio de Janeiro to fly to this huge seaside city.

Rio de Janeiro is one among the most visited cities in the Southern Hemisphere. It is the capital city of the state of Rio de Janeiro. A part of the city has been designated as a World Heritage Site by UNESCO. So, whether you’re a party-goer, sports fan, heritage buff, music lover, and much more, Rio de Janeiro has everything for you. So, if you’re planning to visit this city, make sure to first check out some things to do in Rio de Janeiro.

The best-known peak located in Rio de Janeiro, Sugarloaf Mountain offers the magnificent views of the city. It is famous globally for its cable car and panoramic views. Standing tall at 1,299 ft. above the harbor.

A public park located in the Jardim Botanico attracts visitors for its history and romance. The park was acquired by an English lord in 1809 and was transformed into a landscaped park. A beautiful mansion is also located in the park that today is the school of fine arts. Many concerts and events are held regularly. Some of the attractions include coffee houses and remains of Atlantic Forest with some fascinating sub-tropical rain forests and wildlife. 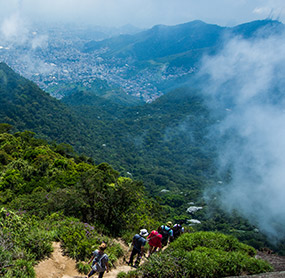 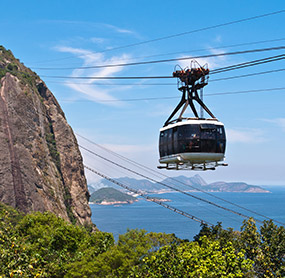 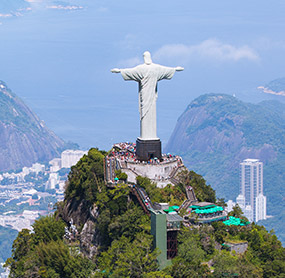 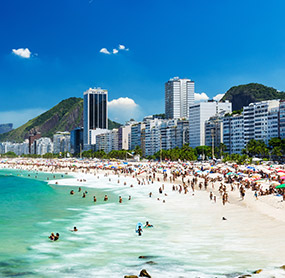 One of the most important cultural institutions as well as the most famous museum of Brazilian art, Museu is rich in 19th-century paintings, sculptures, drawings and prints of Brazilian and international artists. The collection includes over 20,000 pieces of art. Another advantage of the museum is that it includes smaller collections of decorative arts, folk art and African art. Apart from this, the museum library has a collection of about 19,000 titles.

Home to around 6,500 species, the Rio de Janeiro Botanical Garden highlights the diversity of Brazilian and foreign flora. The magnificent and very lush garden houses many structures of ancient, artistic and archaeological significance. The 140-hectare park has a famous research institute that houses the most complete library in the country that specializes in botany. The garden contains a number of species of birds, fountains, sculptures, the Japanese Garden and an old gunpowder factory.

An iconic example of Christianity across the globe, the Art Deco statue of Christ is located at the summit of Corcovado Mountain. Being a famous tourist attraction, it has become a cultural icon of both Rio de Janeiro and Brazil. The statue was also listed as one of the New Seven Wonders of the World.

An eclectic style building, considered to be one of the most beautiful and famous theaters in the country. It was built in the twentieth century. The exterior surfaces of the building are decorated with the names of classic Eurocentric and Brazilian artists.

Rio hosts the country’s most famous and second largest celebration after Carnival. On every 31 December, almost 3 million people gather at Copacabana beach to celebrate the New Year festival. The crowd, mostly dressed in white, celebrates the night with free national and international concerts and events along the beach. Book flights to Rio de Janeiro around a New Year’s Eve to be a part of the New Year celebrations.

Maracana Stadium is one of the prominent landmarks in the city. When the stadium was originally built in 1950 to host the FIFA World Cup, Brazilian officials claimed that the stadium could seat over 200,000 spectators. However, the Guinness Book of World Records reported the capacity at 180,000. But after its renovation in 2010-13, the stadium currently seats almost 87,000 spectators, making it the largest stadium in Brazil and second in South America.

One of the biggest urban nature parks in the world, the Pedra Branca State Park contains the chapel of Sao Goncalo do Amarante and the church of Nossa Senhora de Monserrat. It occupies about 10% of the city and protects more than half of the city’s Atlantic Forest. A day spent at this location is one the best things to do in Rio de Janeiro.