Things to Do in Philadelphia

The City that Loves you back

The fifth-most populous city in the United States of America- Philadelphia (or Philly as the city is more popularly known), is most famous for being the former capital of the country. Unsurprisingly, a visit to Philadelphia is akin to a crash-course in American history, given the several well-preserved historic buildings that the city is home to. Philadelphia is also the seat of several important universities, companies, museums and laboratories, and is also emerging as a prominent cultural hotspot. A holiday in Philadelphia should definitely feature on your list of things to do, if you’re keen to explore the very best of urban Americana, without the typically high price tags associated with East Coast cities. That said, if you’re planning a trip to this ‘City of Brotherly Love’, make sure to first check out our list of the best things to do in Philadelphia.

Founded in the year 1922 by Albert C. Barnes – one of America’s most famous chemists, ‘The Barnes Foundation’ houses Mr. Barnes’ extensive collection of 181 paintings, including works by Pierre-Auguste Renoir, Paul Cezanne, Henri Matisse, Pablo Picasso and Vincent Van Gogh, among others. It also has an assortment of African artworks, ancient Egyptian, Greek and Roman art, decorative arts, and metalwork. One of the museum’s highlights is that the art is arranged in wall ensembles, allowing viewers to compare and study works from various time periods, and examine the influence of geography and artistic styles. The focal point of the museum is undoubtedly the 45-by-15 foot triptych by Matisse, which was especially commissioned by Mr. Barnes and now holds the prime place of pride in the main gallery. The interiors of the museum reflect Mr. Barnes’s original mansion. 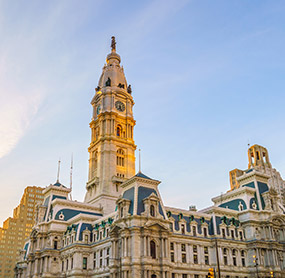 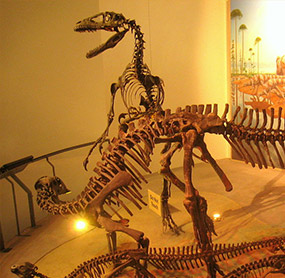 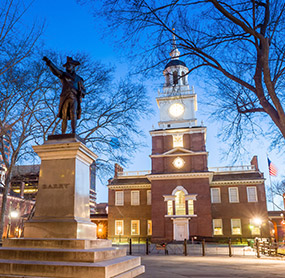 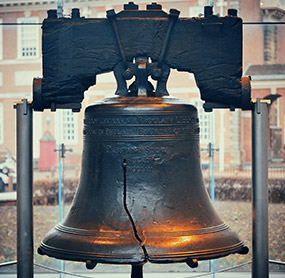 Movie buffs will definitely recognize the museum's building, owing to the iconic scene from Rocky, where Sylvester Stallone ran up the steps of this building. The Philadelphia Museum of Art houses around 240,000 objects, including sculpture, paintings, prints, drawings and photographs from Europe, Africa and Asia. The collection is housed in more than 200 galleries and spans roughly over 2,000 years. A popular attraction is the museumÃ¢??s Carl Otto Kretzschmar von Kienbusch armor collection, which offers visitors a detailed insight into European and Southwest Asian arms and armor over several centuries. The museum also hosts annual exhibitions, which are dedicated to displaying masterpieces. A day at this museum is definitely one of the best things to do in Philadelphia for art aficionados. Ticket prices allow two days' admission to allow visitors to make the most of the museumÃ¢??s extensive collection.

A national park that is dedicated to events and sites associated with the founding of America- The Independence National Historic Park, is the most-visited historic site in the city. Spread over 55 hectares, the park wears its mantle of 'America's Most Historic Square Mile' proudly flaunting its array of historic landmarks. Look for 'The Independence Hall', the centerpiece of the park where the Declaration of Independence and The United States Constitution were adopted, and 'The Liberty Bell' - which is an icon of American independence. Visitors can also visit the First Bank of the United States and 'The Carpenter's Hall' where the first Continental Congress was held, and 'City Tavern'- which was considered by the delegates and especially John Adams to be the best tavern in the country. The site is also home to 'The Franklin Museum' dedicated to Benjamin Franklin, and 'The United States Postal Service Museum'. The park is a must visit for history buffs and is definitely one of the best things to do in Philadelphia, especially if you're eager to learn about American history. The landscaped lawns are perfect to catch your breath in and to simply watch the world go by - expect to bump into costumed actors who recreate important scenes from the American Revolution.

The largest municipal park in Philadelphia- 'The Fairmount Park' is a sprawling 9,200 acre-green space that is cut into two by the picture-perfect 'Schuylkill River'. The east bank has Victorian rowing clubs at the aptly named 'Boathouse Row', while the 'Please-Touch Museum' in Memorial Hall is bound to be a hot favorite amongst children where young visitors can explore the Alice in Wonderland-themed play area or spend hours wandering through the 'Space Station' that has several decades of Star-Wars toys. The park also boasts of an impressive collection of art, the most iconic of which is the Florentine Lions sculpture that was installed in 1887. While here, also stop by the historic houses, including 'Mount Pleasant' and 'Cedar Grove'.

If you're planning a trip to this inimitably American, historic city, look no further than Lookupfare's OTA. Browse through the best cheap flights to Philadelphia and sort through the best hotel deals in the city - you'll be delighted to find just how relaxed, enjoyable and fuss-free your holiday planning can be.