Things to Do in New York

Whether it’s your first time or the 10th time in New York, you will find plenty of different things to do in this cosmopolitan city. Gotham lures millions of visitors every year from all across the globe with its diverse array of points of interest alongside its vibrant fashion and nightlife scene. We thus decided to hit the streets and the internet and compiled a list of the must- do things in the capital of the world and the result was simply awe-inspiring. Here is the list of the 10 best things to do in NYC. Check them out and make the most of your visit.

Located in Manhattan, Central Park is the most popular tourist attraction not just in New York, but in all of United States. A national historic landmark, it is impossible to explore the entire park in just one day as the site boasts of about 20 playgrounds, near about 50 fountains, over 30 bridges, sculptures and monuments. Some of the top-rated sights include Alice in Wonderland, Bethesda Fountain, Jacqueline Kennedy Onassis Reservoir, Loeb Boathouse, Strawberry Fields, Wollman Memorial Rink, etc. The park is open to the visitors from 6 a.m. to 1 a.m.

A promised land for the art and history buffs, the American Museum of Natural History boasts of over 30 million artifacts stretched across 4 city blocks, 25 buildings and 45 exhibition halls, thus making it impossible for the visitors to see it all in just one day. The highlights of the museum include The Rose Center for Earth and Space, the Butterfly Conservatory, the Hall of the Universe, etc. The museum normally witnesses heavy rush of crowds but a weekday visit in late winter or spring may help you escape some. The museum is open 7 days a week from 10 a.m. to 5:45 p.m. 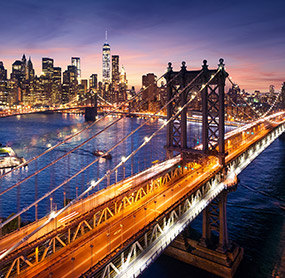 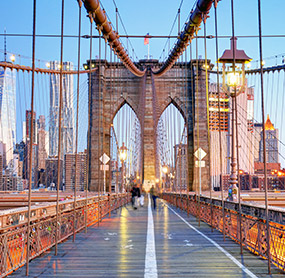 For the readaholics, this is the place to be. Opened in 1927, Strand Book Store is the most famous bookstore in New York City. With a mind-boggling collection about 2.5 million books, the store features new and old books, classic books, rare books stretched across an astonishing 18 miles among three labyrinthine floors. Apart from book titles, the store also features many other items as well such as calendars, button bundles, bags and pouches, moleskins, giftware, gift cards, kitchenware, clothing, magnetic, stationary, posters, local souvenirs, audio books, DVDs, Blu-Rays, Music CDs, Vinyl, and much more. The store also houses many items for children such as games, toys, picture books. etc.

One of the most beautiful sites in New York, Bryant Park is a favorite spot among the locals who often come here on picnics. Though, this lush park has been in existence for over 150 years now, a revitalization project in the 90s turned this park into a popular tourist spot. The park also plays host to fashion week and numerous performances. Apart from enjoying the scenic views and free Wi-Fi, there is a whole of other stuff you can do such as checking out the New York Public Library located opposite to the great lawn, hop on a ride on the French-style carousel or enjoy ice skating around the pond. The park also hosts yoga classes, tai chi classes, knitting classes, literary events and chess tournaments.

The most celebrated museum in the United States, the Metropolitan Museum of Art features masterpieces from all across the globe, its highlight collection being classical and ancient Egyptian antiquities. Also referred to as "The Met," it is perhaps not possible to explore the entire museum in just one day. The first floor features artifacts of Egyptian, Roman and Greek Art, the second floor features Islamic Art which is very popular with the visitors.  It also features another museum called the Cloisters Museum dedicated to classic European Art and Architecture. The museum also houses a cafĂ?Â© and a bar.

The National September 11 Memorial and Museum was built in the honor of the nearly 3,000 people who lost their lives in the 2001 terrorist attacks as well as the the 6 victims of the 1993 bombing.  The museum is located at the site of World Trade Center which originally was the location of the Twin Towers before being destroyed in the terrorist attacks. The museum is controlled by a non-profit corporation which raises funds for the museum and looks after its operations. The memorial was originally named The World Trade Center Memorial Foundation and was renamed to National September 11 Memorial and Museum in 2007.

Grand Central Terminal is a breathtaking train station and a perfect example of the spectacular classic New York architecture. Spanning across 66 acres, it is the largest railway station in the world and the busiest in the United States. It is often described as the one of the most beautiful public spaces in the world. Once you get past the waiting room decorated with glittering chandeliers, you will reach the prime attraction of the terminal, the main concourse, nearly 12 stories tall and measuring at 200 feet in length and 120 feet of width, structured after an ancient Roman public bath. At the top, it is painted with glimmering constellations covering the blue ceiling giving the station just the quintessential look.

If you like food and shopping, Chelsea Market must be top of your list. The market is composed of an entire city block and is surrounded by the ninth & tenth avenues and 15th & 16th streets. It was built in the building formerly owned by Nabisco, the inventor of the famous cookie oreo and turned it into a massive food hall to cater to the gourmets. Today apart from being a food heaven, it is also a shopping mall, an office tower and a TV production center. Google has also opened offices in the second, third and fourth floors alongside its subsidiary YouTube on the fifth.

The Museum of Modern Art

Art adorers are often mesmerized by the by the incredible collection of artifacts and exhibits at the Museum of Modern Art.  Also referred to as MoMA, it is often dubbed as the most influential modern art museum in the world and is also one of the largest of its kind. The collection boasts of contemporary and modern art, including works of paintings, drawings, architectural designs, prints, sculptures, photographs and movies, artistic and illustrative books and electronic media. The museum remains open all days of the week from 10:30am to 5:30pm. On Fridays, it is open until 8pm.

Lincoln Center for the Performing Arts

Lincoln Center for the Performing Arts is counted amongst the most concentrated performing arts theaters in the United States. Dubbed as a fortress, this huge complex consists of a total of 30 performance facilities. Spanning across 16 acres, the center also hosts many internationally renowned art organizations such as the New York City Ballet, New York Philharmonic and the Metropolitan Opera. The Center has also featured in several movies such as "The Producers" and "No Way to treat a Lady", both of which released in the year 1968.