Things to Do in Munich

Munich is a place that has successfully managed to retain much of its Bavarian culture. The city is luring more tourists than ever, especially in the summer months. The city is also very popular for its legendary Oktoberfest, when beer lovers from around the world arrive at Munich to celebrate their common passion.

The walkable town-square creates a small-town ambience. But looks can be deceiving as it houses some world-class points of interest, especially the museums and art galleries. Now that we’re familiar about the basics of the city, let’s have a look at some of the most popular things to do in Munich.

Munich Residenz for centuries served as the seat of the Electors, Dukes and the Bavarian kings and is counted among the most magnificent palaces in Europe. Spread across 7 courts, the palace is divided into three areas – the Festsaalbau, the Alte Residenz and the Königsbau. The Residenz also houses a number of museums and monuments, some of the highlights include the Cuvilliés-Theater, the Court Church of All Saints, the Treasury and the Residenz Museum.

Since the foundation of the city, Marienplatz has been Munich’s central square. It housed the markets and hosted medieval jousting tournaments until the year 1807. The highlights of the square are the stunning reconstructed Old Town Hall and the huge New Town Hall. Some of the other prominent attractions are the Fish Fountain and Virgin’s Column. Marienplatz has also been the center of the festive spirit of the city and features numerous departmental stores, restaurants and boutiques. 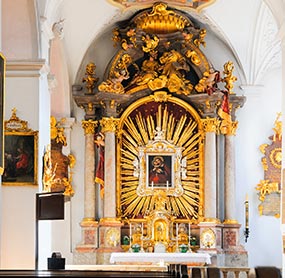 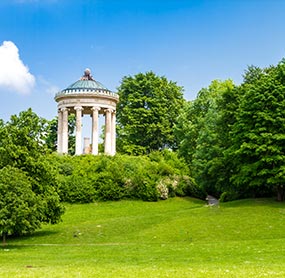 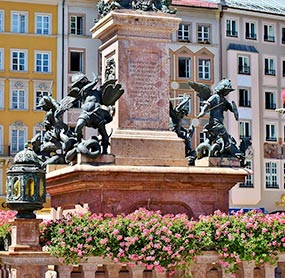 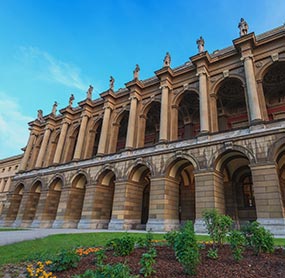 The striking Asam Church was erected in memory of St. John. It was constructed in the year 1746 by two brothers and is beautifully adorned with oil paintings, frescoes and stucco figures. While the exterior of the church is simply stunning, especially the big doorway, it's the interior that's most brilliant. The most prominent features are the high altar and the wax statue of the patron saint of the church.

When talking about the best things to do in Munich, you just can't miss The English Garden. Spread over 900 acres, it is the largest city park in the country. The garden features a large area with plants and trees offering some of the most stunning vistas combined with its artificial lake. The park was originally designed as an army garden in the year 1785 and today is one of the most popular tourist attractions in the city. It is a popular spot for picnics and sunbathing. The Garden is also home to some of the most popular tourist points in the city such as the Bavarian State Archaeological Collection and the Bavarian National Museum.

St. Peter's Church was the first parish church built in the city standing atop Petersburg, a hill town that was at first inhabited by Monks. It was initially constructed in the year 1386 in Gothic Style and a Baroque choir was added in 1636. The interior attractions include the ‘Font’ by the talented artist Hans Krumper, Erasmus Grasser's red marble monuments and the Schrenk Altar from the 15th-centeury featuring sculptures of the Last Judgment and the Crucifixion. Some of the other highlights include the high altar, the paintings and the Altar of the Virgin of Mercy.

While making your list of things to do in Munich, Cuvilliés Theater must definitely be top of your list. Located on the eastern side of the Residenz, Cuvilliés Theater was erected in 1750s. It is one of the best examples of a Rococo theater with tiered boxes. The theater features some splendid pieces of woodwork and spectacular works of architecture that combine to give the theater a very unique and elegant setting.

National Theater is counted among the premier opera houses in the world. It plays host to the Bavarian State Opera. The theater was erected in the year 1818 in Neoclassical style. While much of the theater was destroyed during the Second World War, it was reconstructed in the year 1963. The theater had hosted some of the most renowned operas such as Rheingold, Die Meistersinger, Tristan und Isolde etc. Every summer the Munich Opera Festival is held in this theater.

Spanning across 90 acres of land, Hellabrunn Zoo is counted among the best zoos in Europe. It was the world's first zoo where the animals were grouped as per their origin places. Today, the facility is home to over 18,000 animals pertaining to more than 750 species. The highlights of the zoo include the Elephant House, the polarium, the free-fight aviary and the ape houses. The zoo also features many scenic playgrounds, picnic areas and walkways.

Well, now that you've made up your mind about visiting Munich, do take a look at our exclusive array of Munich flight deals. Also, don't forget to check out our diverse range of custom travel offers such as deals under$99, deals under $199, first class flights, business class flights, last minute flights, etc. and grab the best cheap flight tickets.