Things to Do in Istanbul

A magical place where Asia and Europe meet, Istanbul is one of the most vibrant metropolises in the world. This beautiful Turkish city boasts off long and illustrious history and culture. The city offers sightseeing and touring opportunities that will fascinate even the most determined homebody.

Since the city offers such wide array of things to do, check out the below-listed attractions and popular places to visit when planning your itinerary for visiting Istanbul.

No trip to Istanbul is said to be complete without experiencing and exploring the Bosphorus Strait. Various Bosphorus Cruises offer some of the most stunning views of Istanbul. Both the Asian and European shores of this waterway offer abundance of mansions and ancient palaces. There are several options to choose from: a short ride that goes to the Second Bosphorus Bridge and comes back, a long ride that cruises to the Black Sea and a sunset tour in the summer season.

Topkapi Palace is also one of the top things to do in Istanbul. This beautiful palace of pavilions and kiosks encompassed by lovely green courtyards used to be the residence of famous Ottoman sultans for nearly five decades. Highlights of the complex include the ammunition room showcasing the brilliant craftsmanship of Ottoman architecture in the form of bows and swords, the treasury hosting the crown jewels including the famed Topkapi dagger and the harem, a decorated cage of the women of the sultans. Also, make sure to take a stroll to the end of the palace for majestic views of the Golden Horn, Bosphorus and the Sea of Marmara.

Basilica Cistern is a remarkable example of Byzantine engineering. Situated below the ground, this astonishing cistern once served as a source of drinking water for Istanbul with water channels from Bulgaria. The cistern was built in 532 using 336 columns. 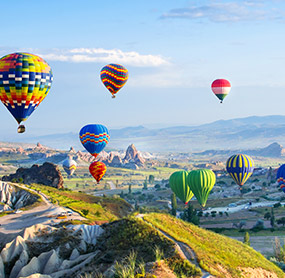 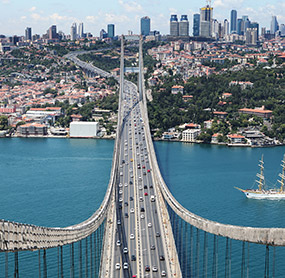 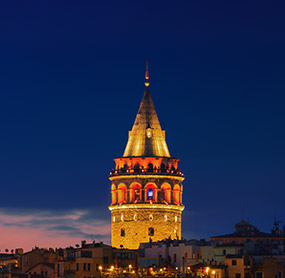 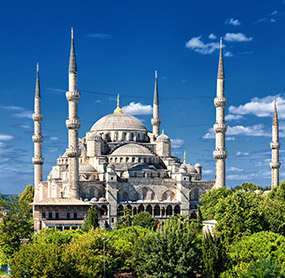 If you’re religious and spiritual, then a trip to Hagia Sophia must be on top of your list of things to do in Istanbul. Also known as Aya Sofya, Hagia Sophia is a magnificent church-turned-mosque-turned-museum and is counted among the world’s greatest architectural feats. Get on the spiral ramp to go the gallery and savor the marvelous Byzantine mosaics.

Museum of Turkish and Islamic Arts

The museum is nestled in the former palace of Ibrahim Pisa. Before being used as a museum, the palace also served as a prison, a clothing factory and a home for foreign ambassadors. Every room in the palace is dedicated to a different era or a discipline of Islam, also highlighting the life and times of Turkey from the 8th to the 19th century. The top attractions of the museum include the world-famous selection of the huge carpets, a recreated version of a Turkic nomadic tent and the tranquil Turkish coffee house where Turkish coffee was brewed on an open fire.

Grand Bazaar is one of the most famous tourist attractions of Istanbul. This five centuries-old bazaar is one of the world’s largest covered bazaars. Spanning across 61 streets, the bazaar is home to over 4000 shops, 60 restaurants, 18 fountains and 12 mosques along with a school. The bazaar is particularly known for its fine selection of jewelry, souvenirs, ceramics, leather and carpets. The market is also regarded as one of the first shopping malls in the world.

Süleymaniye Mosque may not be as famous as the iconic Blue Mosque, but it is one of the most remarkable mosques in Istanbul. The mosque is also not crowded by flocks of tourists. This mosque was designed by the renowned architect Mimar Sinan for Sultan Süleyman the great and pays homage to both. Apart from being a worship site, it also houses a kitchen, a school and a hospital.

The Chora Church or Kariye Museum might be a little unconventional, but it is one of the most popular religious attractions in the city. The ceilings and walls of the church are decorated with beautiful frescoes and spectacular Byzantine mosaics.

Dolmabahçe Palace is simply mesmerizing. This massive palace is nearly 2000 feet in length and houses more than 250 rooms, 46 halls, 68 toilets and over 40 salons. It was erected in 1856 by Sultan Abdülmecid I in order to put a stop to the rumors of the struggling of Ottoman Empire. But the expensive erection of the palace did just the opposite. Top features of the palace include the ceremonial hall, the principal washroom and the Baccarat crystal staircase.

Archaeology Museums would easily make the cut on the list of things to do in Istanbul for any history buff. Archaeology Museums are a true hidden treasure, showcasing one of the world’s most striking selections of classic antiques. Some of the prominent highlights of the museums include the Treaty of Kadesh – the earliest surviving peace treaty in the world, the lovely Tiled Pavilion, the gorgeously tiled Karaman Mihrab and the splendid sarcophagus of Alexander the Great displaying significant periods from his life. The museum also features a kids section.