Things to Do in Frankfurt

Frankfurt is the fifth largest city in Germany and one of the central hubs for education, tourism, trade and finance in Europe. This culturally diverse metropolis is also known for hosting the world’s largest motor show and book fair. Situated on both the sides of “Main River”, the city of Frankfurt displays the perfect combination of history, modernity and style. Frankfurt is home to one of the busiest airports in Europe — Frankfurt Airport — that also serves as the base for the German Flag carrier Lufthansa. Lufthansa provides the best round trip deals and group travel offers to Frankfurt. While making online flight bookings, you must be aware of the fact that another airport named Frankfurt Hahn is actually situated far from the city. If Frankfurt finds a place in your vacation’s itinerary, then go through the list of things to do in Frankfurt that we have come-up with.

Römerberg is a town square that is considered to be the historic heart of the medieval Altstadt. It was reconstructed with great care after WWII. This beautiful spot will mesmerize you with its unique historical buildings and should top your list of things to do in Frankfurt. Try to take advantage of the winter season by booking cheap flights in advance as the square looks amazing as a backdrop for the Christmas market. Close to the square is the Cathedral of St. Bartholomew which you can visit along with the museum and can climb to the bell tower to have an awesome view the city.

Dedicated to Saint Bartholomew, the red-sandstone Imperial Cathedral is a Roman Catholic Gothic church. It holds the record of being Frankfurt’s largest religious building. The church is popularly known as the Kaiserdom or simply, the Dom, because of its historical significance of being an election and coronation church of the Holy Roman Empire. 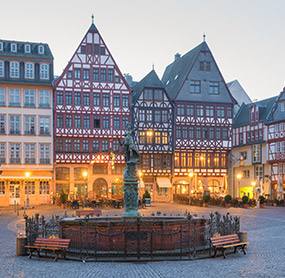 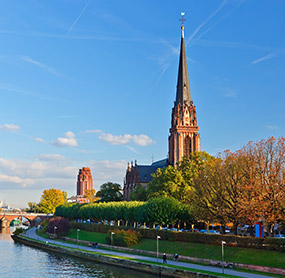 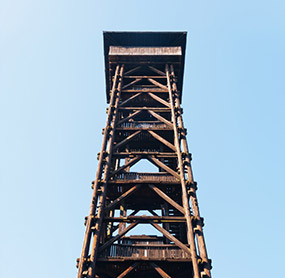 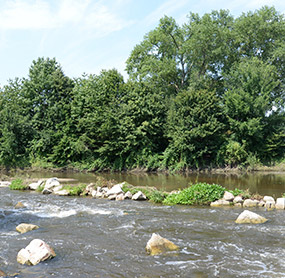 It is one of the largest Natural History Museums in Germany, with its exhibits covering subjects like palaeontology, biology and geology. The biggest attraction of this early 1900s constructed neo-baroque building is the collection of dinosaur fossils. It's also home to the world's largest collection of stuffed birds, along with a huge display outlining the development of mankind.

The Eiserne Steg is a footbridge built over river Main in 1868, connecting the Römerberg with the district of Sachsenhausen which is home to many historical pubs. Later on, in 1946, the bridge was reconstructed after it was blown up during WW II. The bridge is a great spot from where travelers can enjoy amazing views of Frankfurt’s skyline.

Frankfurt is the birth place of the one of the greatest writers in history, Johann Wolfgang von Goethe, who was born here on August 28, 1749.  The Goethe House has many rooms for you to explore. From the extravagant interiors of the dining room to Goethe's writing room where he created many of his early works and spent his childhood playing with a puppet theatre. Right next to the house is the Goethe Museum where you can explore his artworks; that include popular masterpieces of the Late Baroque and Romantic periods. The city has many attractions that are a testimony to Goethe’s fame including the Goethe Tower, from where you can enjoy the landscape of the majestic city; and Goethestrasse — a shopping complex with high-end stores, art galleries, awesome boutiques, and cafés.

Among all the other historical buildings in Frankfurt, the Old Opera House (Alte Oper) holds a special significance because of its unique beauty. Opened in 1880, in the style of the Italian High Renaissance, the House was almost devastated during WWII. Later on, in 1981, it was reconstructed and reopened as one of the city's most important concert venues. While a new opera house, Oper Frankfurt, and the stage-drama theatre Schauspiel Frankfurt share a contemporary hi-tech performing arts venue called Opern-und Schauspielhaus Frankfurt; that’s located at a distance of half a mile from Willy-Brandt-Platz, near the river.

The Hauptwache is famous for its blend of historic buildings and newer modern structures. The most notable building here is the old Baroque Guard House after which the square is named. The square itself is one of Frankfurt's main shopping areas with a large underground mall and is often regarded as the heart of modern Frankfurt.

The gorgeous Frankfurt skyline has earned it the moniker “Mainhattan”.  One of the many things to do in Frankfurt that no traveler should miss is taking-in the view of the skyline during sunset; when the city changes from a warm sunlit day into a vibrant, neon-lit nightlife. The best place to witness this marvel of nature is the Main Tower building where one can take the elevator to the viewing platform located at a height of 200 metres.