Things to Do in Dubai

Dubai is the largest and most crowded city in the United Arab Emirates. Located on the southeast coast of the Persian Gulf, it has emerged as a global center and business hub of the Middle East. It is the principal city of the Emirate of Dubai, one among the seven regions that make up the country. Book flights to Dubai and explore this exciting city.

Dubai has recently attracted world attention by many innovations of construction projects and sports events. The city is iconic for skyscrapers and the world’s tallest building, Burj Khalifa. As of 2012, Dubai was ranked as the 22nd most expensive city in the world and the most expensive in the Middle East. It has grabbed a position of ‘best places to live in the Middle East’ by U.S. global consulting firm Mercer. When you plan your visit to Dubai, make sure to check some of the best things to do in Dubai.

Mall of the Emirates: A multi-level shopping mall in Dubai which features more than 630 retail outlets, 100 restaurants and cafes, over 50 luxury stores, more than 200 flagship stores and thousands of parking spaces. The mall was recognized as one of the top five shopping malls in Dubai by Forbes. The mall features many leisure activities including the Magic Planet family entertainment zone, a 14-screen VOX Cinema and the Dubai Community Theater and Arts Center.

Ski Dubai: An indoor ski resort that features an 85-meter-high indoor mountain with 5 slopes, a 400-meter-long run and other features that are changed on a regular basis. Ski Dubai also houses a number of penguins and people are allowed to interact directly with the penguins.

Burj Khalifa: Currently the tallest structure in the world, it is 2,722 ft. tall including the antenna. It was known as the Burj Dubai before its inauguration. The observation deck is located on the 148th floor holds the record of being the world’s highest observation deck. Burj Khalifa features The Dubai Fountain and Burj Khalifa Park. The building holds many records such as having the world’s highest restaurant, elevator installation, nightclub, skyscraper and much more. 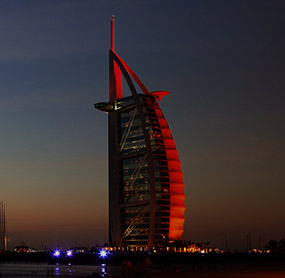 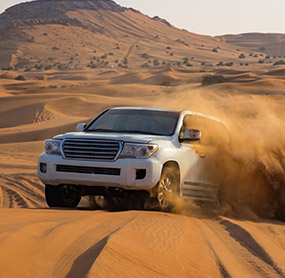 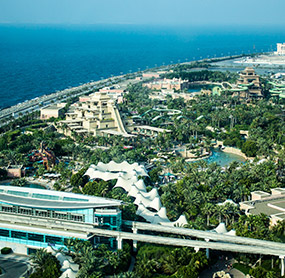 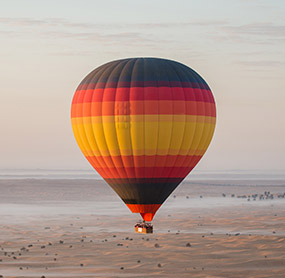 Burj Al Arab: A luxury hotel and one of the third tallest hotel in the world. The hotel stands on an artificial island near to Jumeirah Beach and is connected to the mainland by a private curving bridge. Burj Al Arab is famous for the shape of the structure which is designed to mimic the sail of a ship.

Palm Jumeirah: An artificial archipelago in UAE, Palm Jumeirah is one of the planned islands called the Palm Islands. It is located on the Jumeirah coastal area of the emirate of Dubai. It has numerous hotels, resorts and hotel residences. Book cheap airline tickets to Dubai and explore the best artificial island of the world.

Dubai Miracle Garden: A beautiful flower garden placed in the district of Dubailand, UAE. The garden was opened to the public on Valentine’s Day in 2013. It occupies over 72,000 square meters making it the world’s largest natural flower garden featuring over 109 million flowers planted. In 2015, Dubai Miracle Garden opened the Dubai Butterfly Garden with over 15,000 butterflies from 26 classes. Other attractions in the park include a flowered clock, peacocks and an aromatic garden.

Dubai International Film Festival: A leading film festival of the region, the Dubai International Film Festival is a cultural event organized by Dubai Entertainment & Media Organization. Over 118 feature films and documentaries from all around the world were screened in 2014. Apart from this festival, Dubai hosts many other festivals and there are numerous things to do in Dubai.

Dubai Shopping Festival (DSF): This is a shopping festival intended to benefit retail trade in Dubai, United Arab Emirates. The festival has been endorsed as a vacationer attraction since it was started on 16 February 1996. It is a 30-day event, usually planned during the initial period of the year. The festival attracts about 3 million people around the world. During the festival, shops offer massive discounts on their stock and there is a fireworks presentation. Grab low cost airlines to Dubai and enjoy the shopping festival with the people from all around the world.

Safa Park: This is a 64-hectare park located in Dubai, UAE. Inside the park, one can find green meadows, a little forest and a peak into the panoramic sights of the park. A lake is also there which contains a fountain and touring boats. Many families come here for picnics. Other people come here to read books in secret gardens, teenagers come to ride the marvelous bikes in the amusement park and runners come to jog around the track.

Sahara Kingdom: A theme park situated in the Dubailand attracts thousands of visitors daily. The area covers 460,000 square meters and offers attractions such as the art gaming zone, IMAX Cinema, entertainment programs and much more.