Things to Do in Christchurch

The city of Christchurch was named by the Canterbury Association. It is situated on the east coast of the South island. It is the largest city in the island. The city enjoys a cool climate all year round, making it a top tourist destination in New Zealand. Book cheap flights to Christchurch and visit the restored heritage sites, wildlife, gardens and museum in the city. With all the alluring hot-spots, you’ll never run out of things to do in Christchurch.

Good food is an important part of a good vacation. The city has a number of restaurants that offer amazing food. A few for you to dine at — Dux Dine, Cafe Valentino, Fiddlesticks Restaurant and Bar, Black Betty Café, Costas Taverna Greek Restaurant & Ouzo Bar, Tutto Bene, Twenty Seven Steps, King of Snake, Bloody Mary's. To explore some of the most awesome things to do in Christchurch, check our list below.

One of the major attractions of the city, the International Antarctic Center is the perfect place for you to spend some quality time with your family. The most popular features of the center include an Antarctic snowstorm room, an audio-visual display, Hagglund rides and little blue penguins at the Penguin Center.

The Willowbank Wildlife Reserve is well-known for carrying out conservation of native species such as kiwi, tuatara, duvaucel's gecko and brown teal. It holds the only pair of ‘takahĂ???’ on display in the city that’s outside a Department of Conservation facility. 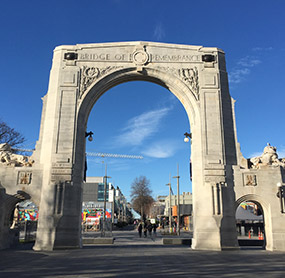 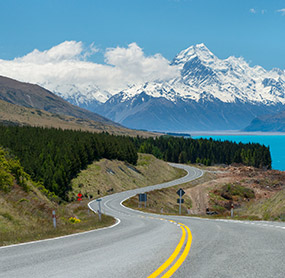 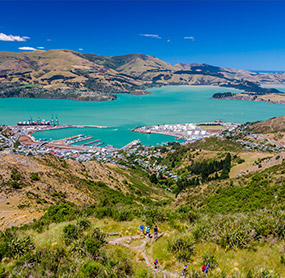 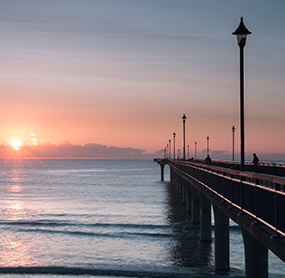 New Zealand’s sole open zoo, it has more than 400 animals belonging to 70 different species. Located on the outskirts of Christchurch, it was inaugurated in 1976. The park is owned and operated by the Orana Wildlife Trust. It aims to conserve endangered and exotic wildlife, educate visitors about environmental issues, and support research relating to endangered animals. The park offers up-close & personal interaction with some of the species such as giraffes and lemurs. Visitors can also go on a drive-through tour of the lion park in a truck-mounted enclosure, during feeding time. Book low-cost airline tickets to Christchurch to meet the residents of this part. Visiting the Orana Wildlife Park is one of the coolest things to do in Christchurch.

The perfect spot to explore nature, the Port Hills is a majestic mountain range that lies between the city of Christchurch and its port at Lyttelton. The hills have a geological, environmental and scenic importance. A diverse range of flora and fauna populates the Port Hills. Birds such as the bellbird, silvereye, grey warbler, etc. are commonly seen in the area.

A famous pedestrian mall, it is quite popular among travelers who visit the city. The street is filled with rows of small shops. The buildings in the streets are registered as Heritage New Zealand – Category I. Many of the buildings were damaged in the 2011 Christchurch earthquake. However, the street and buildings were restored and reopened in April 2013.

The largest urban open space in Christchurch, Hagley Park is ‘reserved forever as a public park, and shall be open for the recreation and enjoyment of the public.’ The park looks especially beautiful in the spring and fall season; when the trees change color and a kaleidoscope or bright hues delight visitors.

One of the two most significant war memorials in the city, the Bridge of Remembrance pays homage to the heroes who sacrificed their life in the two world wars. It has been listed as a Heritage New Zealand – Category I, on 2nd April 1985.

Formerly known as The Royal New Zealand Air Force Museum (RNZAF), the museum holds the national collection of the Royal New Zealand Air Force. Its intriguing collection comprises objects from former enemy forces, aircraft components, aircraft, their engines, art, textiles along with an extensive paper and photographic archive. The admission to the museum is free. A visit to this museum is one of the best things to do in Christchurch.