Things to Do in Charleston

Charleston is the oldest city in South Carolina as well as the state’s second-largest city. The city is known for its laid-back pace, old-world charm and stunning architecture. During the Civil War, Charleston did not face much property damage as a result of which, much of the city’s historic district still has buildings that are centuries old.

Aiding this was the historical preservation ordinance that the city had passed, making Charleston one of the first American cities to undertake such a measure. The city also has a height restriction ordinance, giving rise to Charleston’s atypical low-rise skyline that is scattered with church steeples.

Combined with the fact that Charleston was one of the few cities to welcome religiously diverse inhabitants including French Huguenots and Jews, this has given rise to Charleston’s moniker of ‘Holy City’. If you’re planning a trip to this quaint, historic and welcoming city, make sure to first check out our list of the best things to do in Charleston.

A plantation that was built in the year 1741, The Middleton Place was home to the noteworthy Middleton family that played a prominent role in the Colonial and Antebellum history of Charleston. The plantation’s site was selected for its view of the Ashley River.

The plantation’s gardens are immaculately landscaped and designed with geometric precision, a deliberate bid by Henry Middleton to outdo his wealthy neighbors. Although the original main building was toppled over by an earthquake and Union soldiers burnt everything on the plantation to the ground, expect the guest wing. Visitors are invited to explore this wing and its grounds to catch a glimpse of life, as it was in erstwhile Charleston. 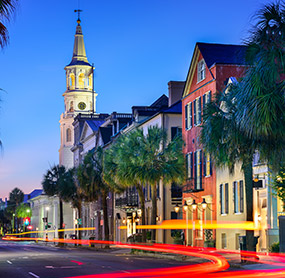 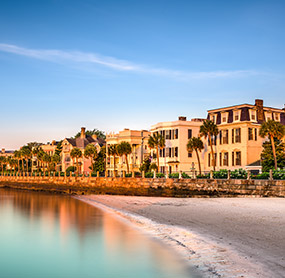 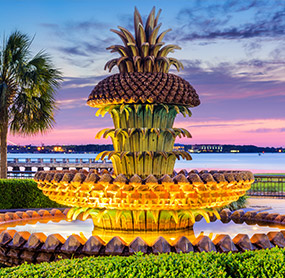 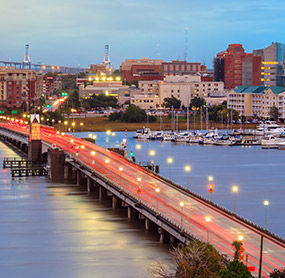 The site has been designated as a National Historic Landmark and has a museum that houses a number of artifacts, including original portraits and furniture, a rare silk facsimile of the Declaration of Independence, and first-edition work by artists and authors that were favored by the Middleton family.

Also make sure to explore America’s oldest landscaped gardens through a 30-minute interpretative tour, and stop by the plantation stable yards to view many of the rare farm breeds of water buffalo, sheep, goats, guinea hogs and poultry that were used on the plantation. A weaver, carpenter, potter and blacksmith demonstrate the work done by enslaved people on the plantation. A visit to Middleton Place is one of the best things to do in Charleston, if you’re curious about the region’s vivid past.

A sea fort that was a Confederate stronghold during the American Civil War- Fort Sumter has witnessed two historic battles and was the site where the first shots of the Civil War were fired by the Confederate Army on the Unionists. The fort is named after General Thomas Sumter, a Revolutionary War hero, and was designed to accommodate 650 men and 135 guns. Today, the fort is a part of the Fort Sumter National Monument and has several interpretative exhibits that inform visitors about the incidents that led to the two battles. You can also view some of the original guns and fortifications that once guarded the fort. The fort is accessible only by a private boat or ferry ride from the Visitor Education Center or Patriots Point.

The Old Slave Mart, as the name suggests, is an erstwhile antebellum slave auction gallery. The building, which dates back to 1859, is considered one of the last standing slave auction facilities in South Carolina. The mart was created in response to the city's ban on public slave auctions. In addition to slave, real estate and stock were also traded at the market. The site is now home to the Old Slave Mart Museum, which explores the history of Charleston's slave trade through artifacts such as leg shackles and oral retellings by former slaves. A somber experience but an enlightening one, nonetheless, a day spent at the Old Slave Mart Museum definitely ranks high on our list of the top things to do in Charleston.

Founded in the year 1773, the Charleston Museum is one of the oldest in the country and has an extensive collection of natural history and local history displays, as well as collections dedicated to decorative arts. It holds the distinction of having the only known fossil of the largest (now extinct) flying bird ever discovered, namely the 'Pelagornis Sandersi'. The site also has two historic house museums, including the house where President George Washington stayed during his 1972 visit to the city. Expect to find all manner of artifacts, ranging from vintage Charleston furniture and silver to Egyptian artifacts, and rocks and minerals from around the world.

If you're planning a trip to this charming Southern city, look no further than Lookupfare's OTA. Browse through the best cheap flights to Charleston and sort through the best hotel deals in the city - you'll be delighted to find just how relaxed, enjoyable and hassle-free your holiday planning can be.